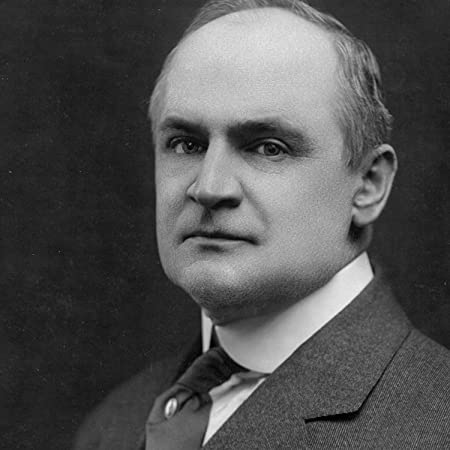 To quote Wikipedia’s intro, “William Walker Atkinson (December 5, 1862 – November 22, 1932) was an attorney, merchant, publisher, and author, as well as an occultist and an American pioneer of the New Thought movement. He is the author of the pseudonymous works attributed to Theron Q. Dumont and Yogi Ramacharaka.”

The stress of being a lawyer early in his life led to a mental breakdown and financial problems. In looking for a way to heal, he discovered New Thought and attributed the teachings to helping him through this rough period.  It also began a life long pursuit of studying and writing about the philosophy. He wrote one of his earliest articles in 1889, entitled “A Mental Science Catechism,” which appeared in Charles Fillmore’s new periodical, Modern Thought.

Such began his prolific career as writer of New Thought, mystical and spiritual books and magazines. In 1900 he moved to Chicago and finished his first book, one entitled Thought Force.  Shortly afterward, he began writing anonymous pieces for the magazine Suggestion.  In 1901 he began editing The Journal of Magnetism which shortly afterward changed its name to New Thought.

For a while, Atkinson moved to Los Angeles where he continued studying and writing, including publishing his first books as Yogi Ramacharaka.  He also started giving public lectures on New Thought.  During that time, he became friends with an early Hindu missionary to the US, Premananda Baba Bharati, and began writing articles  for his magazine, Light of India.

In 1907, Atkinson returned to Chicago and worked there for the next 15 years turning out much of his books, including The Kybalion which he wrote under the name “Three Initiates”.  He also wrote many books during this time under the name Theron Q. Dumont, “a French gentleman connected to an imagined Parisian school of hypnotism” (says writer Philip Deslippe in the introduction to “The Definitive Edition of the Kybalion”.).

In 1910, Atkinson returned to New Thought as its editor until it ceased publication.  He also wrote monthly articles for Elizabeth Towne’s magazine Nautilus.  He worked with author Edward Beals on a 12 volume set of books on “Personal Power” that totaled over 2000 pages!

This brief review of Atkinson only begins to touch on his writings.  He wrote under many other pseudonyms and is known to have authored.  See the Wikipedia article for a more full listing!

There is no doubt that Atkinson influenced many other New Thought teachers and writers.  Historian Charles Braden writing in Spirits Rebellous says that New Thought writer Fenwicke Holmes (and brother of Ernest Holmes) listed Atkinson as a major influence.

However, Atkinson may not be as well known as many other early New Thought authors because he did not start an organization devoted to his teaching. Braden cites that Atkinson found such organizations in opposition to the individualistic approach of New Thought. Atkinson wrote that such groups would “result merely in dwarfing and stultifying it [New Thought], and in a denial of its essential substance and thought”.

However, Atkinson was made an honorary President of the International New Thought Alliance.

Introduction in The Definitive Edition of The Kybalion (purchase only)

Magazine article “The Swami of Baltimore: The Life and Legacy of William Walker Atkinson” (free PDF)

Magazines with Content or Edited by William Walker Atkinson

All of Atkinson’s books can be found in the public domain.  There are many people who have “republished” his works that you can purchase, most at nominal costs.  Many can be found as e-books and audiobooks, as well.  Search Amazon or other booksellers to find books for purchase.  The following books linked here are for FREE books only.  Where content can be found in multiple places for some items, have only listed one source.

A Series of Lessons in Raja Yoga (audiobook)

Dynamic Thought; Or, The Law of Vibrant Energy (audiobook)

Memory: How to Develop, Train and Use It (audiobook)

Nuggets of the New Thought (audiobook)

The Hindu-Yogi Science Of Breath (audiobook)

The Power of Concentration (audiobook)

Thought Vibration, or The Law of Attraction in the Thought (audiobook)

Your Mind and How to Use It (audiobook)

The Bhagavad Gita or The Message of the Master

Dynamic Thought; Or, The Law of Vibrant Energy

Genuine Mediumship Or The Invisible Powers

Hatha Yoga or The Yogi Philosophy of Physical Well-Being

How to Read Human Nature: Its Inner States and Outer Forms

Memory: How to Develop, Train, and Use It

Mental Therapeutics or Just How to Heal Oneself and Others

Mind and Body; or, Mental States and Physical Conditions

Mind-Power: the Secret of Mental Magic

Nuggets of the New Thought: Several Things That Have Helped People

The Arcane Formulas or Mental Alchemy

The Art of Logical Thinking; Or, The Laws of Reasoning

The Crucible of Modern Thought

The Hindu-Yogi Science of Breath

The Law of the New Thought: A Study of Fundamental Principles and Their Application

The Life Beyond Death

The Mastery of Being

The Philosophies And Religions Of India

The Power of Concentration

The Psychology of Salesmanship

The Science Of Psychic Healing

The Secret Doctrine Of The Rosicrucians

The Secret of Mental Magic

The Solar Plexus Or Abdominal Brain

The Spirit of the Upanishads

Thought Vibration or The Law of Attraction in the Thought World

Your Mind and How to Use It: A Manual of Practical Psychology

Select Online Videos about Walker or his Writings

If you search online, especially YouTube, you will find many videos that are simply video versions of audiobooks that are in the public domain.  Where such video “audiobooks” could not be located elsewhere, they were listed above under audiobook section.  You can also find a number of videos by people who are commenting on books by Atkinson, especially The Kybalion.  There were not many videos that really went into the background of Atkinson, however the following ones were sufficiently unique that I have included them here:

Mitch Horowitz talk “The  Magic of the Kybalion”