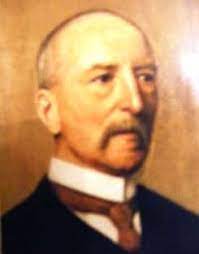 Thomas Troward was born in Punjab, India, in 1847 of British parents. After attending school in England, Troward served for most of his early life as a divisional Judge in Punjab in British-administered India. However, his avocation was the study of comparative religion. While in India, he also learned the native language.

After retiring from the Civil Service in 1902, he returned to England. At the age of 55, Thomas Troward devoted himself to his painting and writing. He was devoted to esoteric and metaphysical studies, and delved into studying the sacred books and oriental religions, which had a strong influence on his spiritual ideas. He studied all the bibles of the world, including the Hindu scriptures of Raja Yoga, and the Koran.

In these latter years, Troward set out to apply logic and a judicial weighing of evidence in the study of matters of cause and effect. He began to write for the New Thought Expressions publication. He had already deeveloped his own philosophy of Mental Science when he was unexpectadly introduced to the ‘Higher Thought Center’ of London.

It was around this time he was invited to give a series of lectures. In 1904 he delivered his famous ‘Edinburgh Lectures’ at Queens Gate in Edinburgh, Scotland, to a very small but appreciative group of persons; later it was said that even this captivated and willing audience hardly understood what he was saying. These lectures were turned into a short book that had a great influence on those interested in the mental sciences.

The philosopher William James characterized Troward’s Edinburgh Lectures on Mental Science as “far and away the ablest statement of philosophy I have met, beautiful in its sustained clearness of thought and style, a really classic statement.”

Troward went on to write several other well received books. Troward was a major influence on the works of Ernest Holmes, Frederick Bailes, Joseph Murphy and Emmett Fox, and has been quoted by numerous other writers.

It must be remembered in reading Troward that he was a product of his time. His books use scientific jargon that was present around 1900. He was raised in the Church of England and had read the Bible daily from boyhood. Therefore, his books, especially Bible Mystery and Bible Meaning have a clear Christian bent.

Geneviève Behrend studied with Troward from 1912 until 1914; Behrend was the only personal student he had throughout his life.

On May 16, 1916, at the age of 69, Thomas Troward made his transition. To this day, he is still recognized as one of the major influences upon the New Thought movement.

All of Troward’s books can be found in the public domain.  There are many people who have “republished” his works that you can purchase, most at nominal costs.  Many can be found as e-books and audiobooks, as well.  Search Amazon or other booksellers to find books for purchase.  The following books linked here are for FREE books only.  Where content can be found in multiple places for some items, have only listed one source.

The Edinburgh Lectures on Mental Science

The Law and the Word

The Edinburgh Lectures on Mental Science

The Dore Lectures on Mental Science

The Creative Process in the Individual

The Law And The Word

Select Online Videos/Audios about Troward or his Writings

If you search online, especially YouTube, you will find many videos that are simply video versions of audiobooks that are in the public domain.  Where such video “audiobooks” could not be located elsewhere, they were listed above under audiobook section.  You can also find a number of videos by people who are commenting on books by Troward.