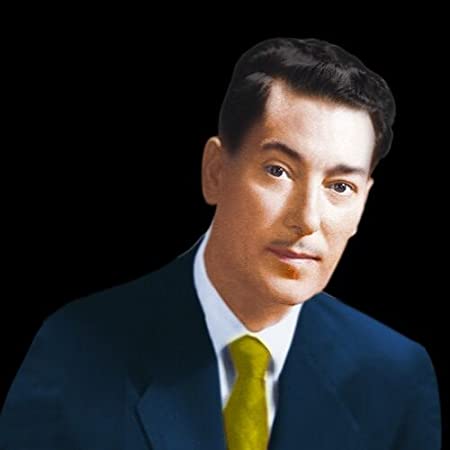 Neville Goddard was a 20th century spiritual teacher who taught via books and lectures the power of creating what we desire through the purposeful use of our imagination.  He is usually known simply by the name “Neville”.

Goddard was born on 19 February 1905 in St. Michael, Barbados in the British West Indies. In 1922, he came to the United States on board the S.S. Vasari to study drama at the age of seventeen. He became a dancer, and during this time he married his first wife, and they had a son together, named Joseph Neville Goddard.

While touring with his dance company in England he developed an interest in metaphysics after striking up a conversation with a Scotsman who lent him a series of books on the powers of the mind. Upon his return to New York he gave up the entertainment industry to devote his full attention to the study of spiritual and mystical matters.

Neville Goddard’s first marriage was short lived, and he remained single for years until in the 1930s he met his second wife, who was a designer. After they married, they had a daughter named Victoria or “Vicky”. In 1943, he was drafted into the U.S. Army at age 38, which he did not want, especially since he felt he was too old to become a soldier and had a wife and daughter at home to take care of.

Through the power of imagination, as Neville told it in his March 24, 1972 lecture, he was honorably discharged after just a few weeks of training. One consequence of his brief Army training was that he received full United States citizenship, having been a British citizen up to this point.
Neville Goddard’s interest in the esoteric interpretations of the Bible deepened after he met Abdullah, who lectured on Esoteric Christianity and taught both Goddard and Joseph Murphy.

Neville went to hear Abdullah,an Ethiopian Jew, somewhat under protest to satisfy the constant urging of a friend.Neville said,

“I recall the first night I met Abdullah. I had purposely delayed going to one of his meetings because a man whose judgement I did not trust had insisted on my attendance. At the end of the meeting, Ab approached me and said: ‘Neville, you are six months late.’ Startled, I questioned how he knew my name, when he said: ‘The brothers told me you would be here six months ago.’ Then he added: ‘I will remain until you have received all that I must give you. Then I will depart.’ He, too, may have longed to go, but he had to wait for me.”

From this introduction, Neville studied with Abdullah learning Hebrew, the Kabbalah, and the hidden symbolic meaning of Scripture.

After traveling extensively throughout the United States, Neville eventually made his home in Los Angeles where, in the 1950s, he gave a series of talks on television and radio, and for many years lectured regularly to capacity audiences at the Wilshire Ebell Theater. In the 1960s and early 1970s, he confined most of his lectures to Los Angeles, New York, and San Francisco.

Wikipedia Page    (note a more complete page was removed a number of years ago, this one is currently somewhat brief)

Most (if not all) of Goddard’s books can be found in the public domain.  There are a number of book sellers who have “repackaged” them for current day sale online at fairly modest costs.  Search Amazon or other booksellers to find such books for purchase.  Below are links that we are aware of that provide FREE copies of Goddard’s books.

Note:  “Cool Wisdom Books” Neville page with links to 17 of his books and the transcripts of 100s of his lectures is a worthwhile resource.  However, most are designed to be read while on the website and not easily downloadable.

For downloadable versions of his books, see the following links.

Your Faith is Your Fortune

Feeling is the Secret

Prayer: The Art of Believing

Out of this World

The Creative Use of Imagination

The Power of Awareness

The Law and the Promise

The World is at Your Command: The Very Best of Neville Goddard

Five Lessons: A Master Class    (see tabs on left to go to each lesson to read or download)

Your Faith is Your Fortune

Feeling is the Secret

Out of this World

The Power of Awareness

The Law and the Promise

Ask and It Is Given

There are many recordings of Neville speaking.  Many are available through different websites and on YouTube.  The following link is to the best online collection that I have discovered:

NOTE:  There is a “ton” of stuff out on the web by or about Neville.  Much of it is redundant copies of his books, lectures, etc.  I have tried to include here the ones that I thought were unique and useful enough to warrent mentioning.

“Cool Wisdom Books” Website Neville Page  — a repository of many Neville resources.  Be sure to check out the various resources available under the “Neville” tab at the top of the page.

“Free Neville website”  — devoted to providing resources to all kinds of things about Neville.  Includes blogs about his teachings, links to many useful websites with Neville content and more.

Reddit Neville Page — Discussions about Neville and his teachings