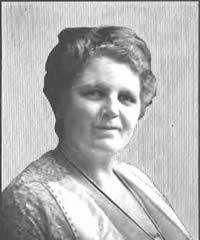 Elizabeth Towne was an influential New Thought writer, editor and publisher. She was born in 1865 in Oregon but relocated to Massachusetts in 1900 with her second husband, William E. Towne.

Towne was the founder and publisher of Nautilus Magazine, a journal of the New Thought Movement that ran from 1898 through 1953, when she brought it to a close due to her advancing age (she was 88 years old at the time). She also operated the Elizabeth Towne Company, which published an extensive list of New Thought, metaphysical, self-help, and self-improvement books by herself and writers such as William Walker Atkinson, Kate Atkinson Boehme, Paul Ellsworth, Orison Swett Marden, Edwin Markham, Clara Chamberlain McLean, Helen Rhodes-Wallace, William Towne, and Wallace Wattles.

Although most know for her magazine and publishing firm, Towne also wrote many New Thought books herself.

Both Elizabeth Towne and her husband William were for many years associated with the International New Thought Alliance (INTA), and served on its board in various capacities. She served as the president of INTA in 1924.

Most of Towne’s books can be found in the public domain.  There are many people who have “republished” her works that you can purchase, most at nominal costs.  Many can be found as e-books and audiobooks, as well.  Search Amazon or other booksellers to find books for purchase.  The following books linked here are for FREE books only.

Just How to Wake the Solar Plexus

How to Use New Thought in Home Life

Practical Methods for Self Development

The Life Power and How to Use It

Twelve Lessons on the Constitution of Man

You and Your Forces