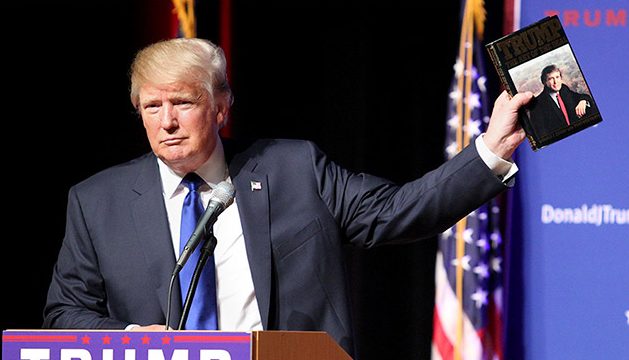 Donald Trump’s first week in office is making many progressives feel like their heads are going to explode.  Which one of his actions is the most harmful to the country and the world?  Which one are you going to stand up against?  It’s a tough choice, so many seemingly horrible positions are being pushed at one time.

Here’s some summaries of his first week’s actions from different sources:

I would also suggest that you peruse this article from the Guardian which offers some summaries of 5 conservative articles which they feel offers different perspectives on the President’s actions.

Although I am a progressive, there are a few things that Trump has done that I agree with politically…such as his actions on the TPP.  However, I am deeply concerned about his immediate actions on immigration, the Affordable Care Act, “the wall”, most of his cabinet appointments, his continued failure to release his tax returns (this is a big deal in spite of what some folks want us to believe—how will we know what conflicts of interest he may have otherwise?), his potential relationship with Russia, statements about China and a number of other things….it’s almost overwhelming.

But stop, take a breath and consider what Trump is doing here.  I strongly urge you to read this short summary of his business negotiation tactics from his book The Art of the Deal.

On any one item that Trump is staking out a position, he is following his key concepts of “thinking big” and “maximizing his options”.  For example, take “the wall”.  He starts with the truly ridiculous idea that we will build a physical wall between Mexico and the United States and that Mexico will pay for it.  If we follow his negotiation patterns, then he may very well end up with something — it may not be the wall he kept describing during the campaign and whatever it ends up being it may not be paid for by Mexico —but at the end of the deal making, he truly believes that such an outlandish starting point will take us to a “better” outcome than starting the conversation at a more reasonable approach.

A couple of quotes from the above linked article are worth repeating:

“I play to people’s fantasies,” he writes. “People may not always think big themselves, but they can still get very excited by those who do. That’s why a little hyperbole never hurts. People want to believe that something is the biggest and the greatest and the most spectacular.”

“I never get too attached to one deal or one approach,” Trump writes. “For starters, I keep a lot of balls in the air, because most deals fall out, no matter how promising they seem at first. In addition, once I’ve made a deal, I always come up with at least a half dozen approaches to making it work, because anything can happen, even to the best-laid plans.”

So, Trump is staking out the wildest, most fantastical position as a starting point…..and he is doing that on so many political areas that it is truly scary to many people…..but he is doing this to throw a lot of balls in the air….

Therefore, if you find yourself overwhelmed by his quantity of “fantasy” positions that you need to find a way to push back against….don’t forget that he wants you to feel overwhelmed….you may feel like you have to focus your efforts pushing against one or two items that are most important to you….after all, do you have the energy to “fight them all”? Trump is simply using his negotiation skills to get you to focus on a few things while you lose track of or don’t push back on others…..and in the end, he thinks he will get more than he could have if he had not taken this tactic.

So what can your or I do if we disagree with so many of his positions?  Here are a few thoughts (I would love to hear yours).

Keep a lot of your own balls in the air — yes, focus on the issues that are most critical to you….but don’t ignore the others….let your voice be heard on every item that you disagree with…contact your Congressmen….join or give to appropriate organizations.

Think big yourself.…what is your fantasy position on many of these critical issues?  Let’s start from that position.  So Trump wants to build a wall and make Mexico to pay for it?  Let’s push for a clear path for immigration possibilities such as the Dream Act.  We may not get that, but we may end up with a better option than if all we do is push against the wall idea.

Use your leverage and get the word out.…Trump believes that the only way you’re going to make the deal you want is if you’re coming from a position of strength and can convince the other side that you have something they need.  Progressives still have their voices and their votes….now is the time to make them be heard at levels that have long lay dormant.  Progressives need to continue to tout progressive ideas and solutions to all problems at every chance they get…..

Don’t despair, have fun…..Fun? Yes.  Obviously borrowing another of Trump’s ideas here.  Yeah, a lot of Trump’s rhetoric is scary if you are committed to creating a country and a world that works for everyone, not just a few people….and it’s easy to give into despair and wonder “what has happened to my world?”…but I call you not to do that.  As I pointed out in my recent article, “Progressives: What’s Good About Trump?“, we can and should focus on the fact that he has shaken progressive complacency to the core and that people who have never bothered to get involved before with political causes are out there….let’s continue to see that high level of involvement, including our own, and as we get involved…..let’s allow that involvement to bring us joy….after all, that is one of the prime purposes in life!

Final suggestion:  sit down and get clear in your mind what our greatest country looks like and be an advocate for it every chance you get! 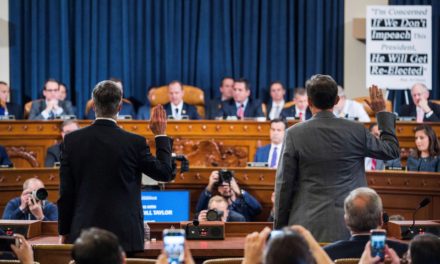