What Is Our Vision for the Future of Humanity? 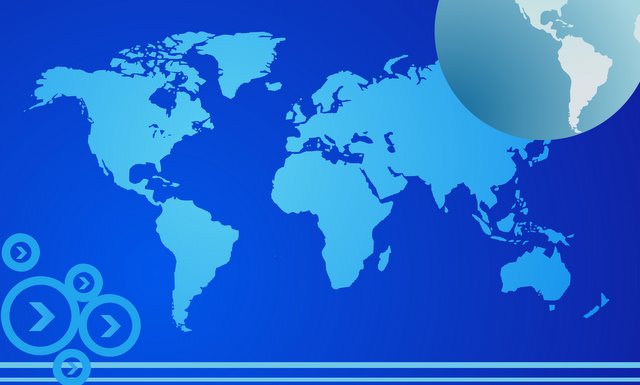 It would be naïve to consider that we have consensus on what our collective future should be.  In fact we can make a good case that many of the current conflicts on the planet are because of differing opinions as to where we should be going and on how to get there.  Yet there are a few sources that we can look to for a potential collective vision.

First let’s look at the United States (writing as an American) and the United Nations.  Do either of these entities have a vision statement?

The United States does not have a formal vision statement.  Wikipedia’s article on mission statements does point to the preamble to our constitution as being a perfect example of one: “We the People of the United States, in Order to form a more perfect Union, establish Justice, insure domestic Tranquility, provide for the common defense, promote the general Welfare, and secure the Blessings of Liberty to ourselves and our Posterity, do ordain and establish this Constitution for the United States of America.”  That statement does outline the purpose behind the creation of and the ongoing actions of our government.  But as far as a statement saying this is where we as an American people are headed towards collectively, neither this statement nor any other than I can find outlines such a path.

The United Nations does spell out what could be considered a mission and vision statement in the preamble to its charter.  Here is the beginning which might be considered their “mission”:

“We the peoples of the United Nations determined: to save succeeding generations from the scourge of war, which twice in our lifetime has brought untold sorrow to mankind, and; to reaffirm faith in fundamental human rights, in the dignity and worth of the human person, in the equal rights of men and women and of nations large and small, and; to establish conditions under which justice and respect for the obligations arising from treaties and other sources of international law can be maintained, and to promote social progress and better standards of life in larger freedom…”

And then the following words which might be seen as their vision statement:

” And for these ends: to practice tolerance and live together in peace with one another as good neighbours, and; to unite our strength to maintain international peace and security, and; to ensure, by the acceptance of principles and the institution of methods, that armed force shall not be used, save in the common interest, and; to employ international machinery for the promotion of the economic and social advancement of all peoples, have resolved to combine our efforts to accomplish these aims.”

We could consider that the essence of this “vision statement” is — to work towards a peaceful world where all people have economic and social advancement.  Elsewhere I have read the UN’s vision statement is simply the word “peace”.  Either way, these words give us a noble statement and cause, although it might benefit from the UN creating what business writer an researcher Jim Collins terms a “big hairy audacious goal” to make it more inspiring. (To be fair, there are a number of goals that the UN has established in specific programmatic areas. Yet, none that I see that are very specific and inspiring.)

Next let’s look at Spiral Dynamics.  Simply stated, the theory of Spiral Dynamics comes from the data gathered by social scientist Clare Graves in the late 20th century and further supported by  ongoing data gathered by researchers such as Don Beck and others.    Individuals values were measured on a number of social instruments over a period of time and then charted.  What arose from the data was that we tend to have a set of values through which we look at life called worldviews or “value memes” (often written “v-memes” or I have shortened here to memes).

Spiral Dynamics paints an outline of worldviews through which humanity has evolved.  As we met the challenges of world conditions at one level of existence, we moved into a higher worldview where we faced new life conditions.  Through this evolutionary model we can see both humanity’s past, present and to some degree our immediate future.  Although it does not offer us a “vision statement”, the data does offer us suggestions as to where we appear to be headed by looking at the values held by those at the spiral’s higher levels.

At these levels, moving into what Graves called “second tier”, individuals are able to see all of the worldviews and how they are interacting.  Although at first they might use this knowledge for their own personal gain, at some point their motivation swings to working towards the health of the entire spiral (i.e., everyone).  They see themselves as part of a larger whole — a conscious, spiritual whole.  The blending of science and spirituality is a natural process.  They seek to express their personal freedom in a manner that causes no harm to others.  They begin to develop competencies and expanded use of the powers of the brain or mind.  They let go of the need to accumulate  material obsessions and see that having less is really having more.  They see everything as an integrated system  of Oneness.

If we were to consider boiling down these values at the spiral’s higher levels in order to distill a description for our future, then we might see a vision statement that includes words like “a world where there is a melding of science and spirituality, where in meeting individual needs there is alignment with meeting collective needs, where there is an expansion of consciousness to sense the oneness of everything”.

One of the great connections I have always sensed in Spiral Dynamics is the alignment of many mystics’ descriptions of the ultimate purpose of life and the higher turns of the spiral at yellow, turquoise, and what we imagine coral worldviews to be.

Many mystics and spiritual teachers have gathered “inner data” via meditation and other spiritual practices on the nature of human and spiritual existence.  The fascinating fact is that there has been much agreement on what they see as our “ultimate truth”.  Most have pointed out that after we release this material world and embrace the spiritual world, we must come back to the material world and integrate it into our spiritual world. They tell us that we have some inner urge that calls to be expressed “in the world”. This urge has a unique creative expression that varies from person to person. This urge includes a component of service which takes us outside ourselves and connects us with others. And through our expression of our unique creative desires we grow in our sense of interconnectedness to everything.

Ultimately, these spiritual teachers tell us that this urge is simultaneously one force pushing our growth from within to be creative while pulling us externally towards our return to wholeness and oneness.  For example, Ernest Holmes (Holmes, 1938) called it “the divine urge” and even described its unfoldment as being like a never-ending spiral.  Similarly, Teilhard de Chardin  termed it  “the Omega point” which exerted both a force pulling us towards it as well as an internal push to grow to it.  He described evolution as “an ascent towards consciousness” culminating in some sort of “supreme consciousness”.  It is a direction in which he said every one of us cooperating and participating.

In fact, cooperation between individuals and groups is a key component as we move down this evolutionary path.  For example, evolutionary writer John Stewart detailed that the direction of evolution and the future of humanity included both higher levels of cooperation and the development of our ability to consciously use the evolutionary process. Interestingly, mystics agree. For example, Ernest Holmes put it this way, “The whole process of evolution is to produce a being who can consciously co-operate with the Evolutionary Principle, which is Pure Spirit.”

Yet this statement of Holmes describes another characteristic mystics say is our evolutionary future. They tell us that the ultimate goal of evolution is to return us “back home” to the source from which we came.  Evolution is seen as the time and process of our awakening to our truth, the development of our consciousness, the unfolding of our awareness, our return to Oneness.

Although there are other sources from which I could’ve drawn that offer visions for our planetary future, I believe we have enough here already to draw some conclusions.  Here are some potential components of a vision for our positive future:

So does that resonate with you?  Does that sound like a positive future?  If so, then the question becomes—how are you going to move towards that vision?

[This article was extracted and edited from a longer piece submitted to the Integral Leadership Review.] 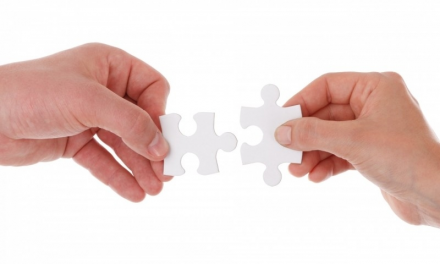 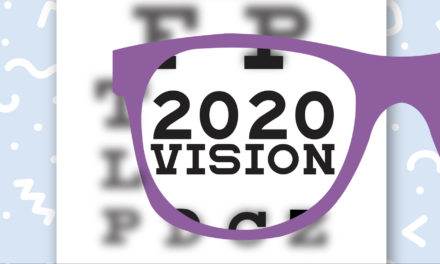 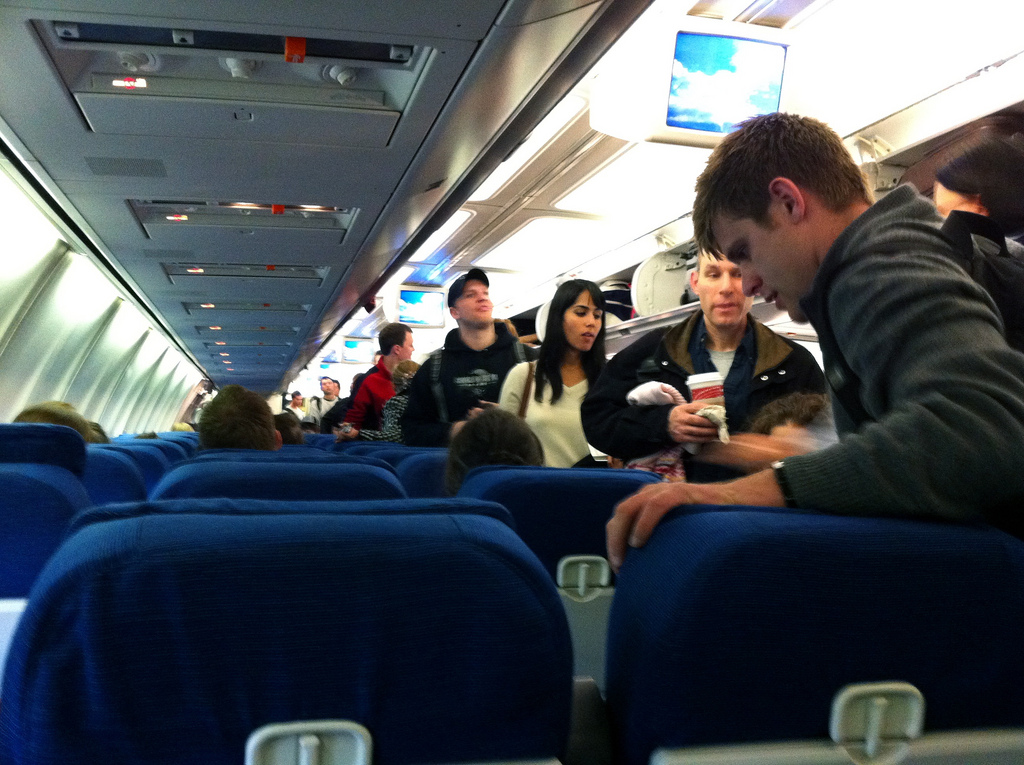 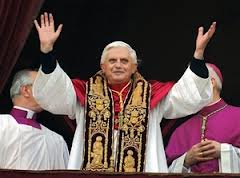