I want to recommend that you watch a movie called “The Cove”.

Now I have to warn you there are some intense scenes in this film that are not for the faint of heart.

The picture deals with the secret industry that works to sell dolphins to wildlife shows around the world and to slaughter the excess capture to be sold as meat. The movie highlights the work of Ric O’Barry who was the capturer and trainer of the dolphins used in the TV series “Flipper”. During his work on the show, Rick discovered the vast intelligence of the dolphins, as well as their sensitivity to living in captivity. He forged a close relationship with the primary dolphin used in the TV series and when she “committed suicide”, it changed his life. At that point, he became an advocate for the freeing of dolphins that are held in captivity.

Ric discovered a fishing village in southern Japan that had a secret. Their secret was that they made vast amounts of money by rounding up and selling and killing dolphins. The animals who naturally migrated nearby where captured by disorienting them by the use of banging sound into the water and then “herding them” into a local cove where they were held captive. There, visitors from the various oceanic shows from around the world came and selected the ones for purchase and shipment. The shows must constantly replenish their dolphins because they do not thrive in captivity. The combination of the dolphins sensitivity to sound and the desire to travel freely in the ocean are both thwarted by their participation in the shows. They generally become very ill from stress and die early.

The dolphins which are not chosen or slaughtered by the Japanese fishermen and their meat secretly sold into the Japanese fish supply mislabeled as other types of fish. Most Japanese do not know they are consuming dolphin. The village goes to great lengths to keep the cove a secret and bars any filming of the dolphin slaughter. Filmmakers gathered a team to surreptitiously plant cameras and sound equipment so that the mistreatment of the dolphins can be brought to the attention of the world.

The Japanese fishermen hold no remorse over their slaughter because in their opinion they are getting rid of a pest. The Japanese rely on the fish industry for much of their national economy and for the Japanese, fish is a primary staple of their food supply. The Japanese see the dolphins as a pest who are competing with them for the dwindling fish supplies. Hence, their mass murder of dolphins is not seen as the killing of an intelligent species but more of pest-control.

Dolphins are extremely intelligent creatures. “The Cove” makes this clear, by showing some of the efforts to test their intelligence. Watching this movie I couldn’t help but think back to a couple of years ago when my wife and I swam with some dolphins down near Key West. That experience taught me first hand just how smart these animals are. Yet, “The Cove” made me feel guilty, that our paying to have this experience led to the support of keeping dolphins in captivity.

Interestingly, dolphins seek out human companionship. There are amazing stories of dolphins supporting humans. All around the world… saving the lives of fishermen, helping fishermen to capture fish, saving swimmers who are being attacked by sharks and so on. And they freely allow many people swim with them in the wild. If I were to ever swim with dolphins again, that’s how I would do it.

Mystic Ernest Holmes put it this way. ” Through eons of time life has been slowly climbing up the ladder of unfoldment to the present self-conscious state achieved in man. Some degree of consciousness exists in everything because everything is some form of Spirit, and Spirit is Intelligence. However, there are degrees of intelligence, or consciousness. We often hear the expression, ‘Consciousness sleeps in mineral life, dreams in plant life, awakens in animal life, and comes to self-consciousness in man.’ Man, then, stands at the very peak of the evolutionary climb. He is now a self-conscious individual which means that he not only knows, but knows that he knows. He can think about his own consciousness, and he now has the power of choice – the very summit of life’s upward striving. Evolution, through infinite ages, has done much for him. ”

So we can consider that as humanity crossed the threshold into becoming self-aware, they now both recognize the evolutionary process and their ability to use it, as well as the creative power of their thoughts. In the same vein, we can consider the possibility that the dolphins seem to have crossed a similar threshold. Numerous studies have shown that they have self-awareness. For example, they can watch television and pick themselves out separate from other dolphins. Similar tests support this potential degree of self-awareness.

Therefore, as we look up the spiral of life and ask ourselves what is the highest vision for humanity and this planet, we have to wonder about our treatment of the dolphins. On the one hand, it is understandable how the Japanese can see the them as a species that is competing with them for a limited food supply. Although I don’t personally agree with their behavior to eliminate these “pests”, this movie at least offered me a glimpse into the fishermen’s world view. On the other hand, we have these creatures, these pockets of consciousness, who have developed self-awareness and brains bigger than ours. They have exhibited time and time again a degree of care and concern not only for their own species, but for us. Meanwhile, groups of us, kill them in return.

One has to wonder, are the dolphins more evolved than we are?

So then the question becomes what can we learn from all of this. Yes, we can learn to a degree to understand the motives of the Japanese fishermen no matter how horrific it seems from our perspective. So this experience does allow us to take multiple perspectives on a single issue, which is always a valuable skill in our personal evolution.

But then as we look forward in the future we have to ask the question, how does this fit in with what is our highest vision for all of humanity and our relationship to all of the planet? Do we choose as a species to continue the mass murder of another species, whose intelligence may be greater than ours, simply because of a conflict over a fish? Do we continue to support the exploitation of another species who may be more intelligent than us simply for our entertainment when their captivity stresses them to the point of death and suicide?

Everything in life is a choice. Yes, it may seem that the plight of the dolphins is far removed from the issues that we may be dealing with in everyday life, but as we personally grow and expand, we must grapple with bigger issues. We must remember that our individual personal consciousness serves as part of a greater collective consciousness. As we make choices for our lives, we are also making choices that feed into the energy of the higher collective. It may seem like there is little we can do to help the dolphins (assuming your perspective on the issue calls you to do so), but we can. If you are really touched by the issue, you can become active in the issue and support it with your time, creativity and money. But at a minimum, we can make a choice in how we view the issue, how we talk about it to others and in smaller choices in our lives. Either way, our choice to support this other intelligent species moves the evolution of collective humanity by the energy of our consciousness.

So I encourage you to watch “The Cove” even though parts of it may be disturbing. Sometimes we have to look at that which less than what we want in order to gain the contrast to choose that which we do want. For me, the film calls forth our awareness of the issue and from that awareness to now make a conscious choice to support another species and consciously evolve our own. 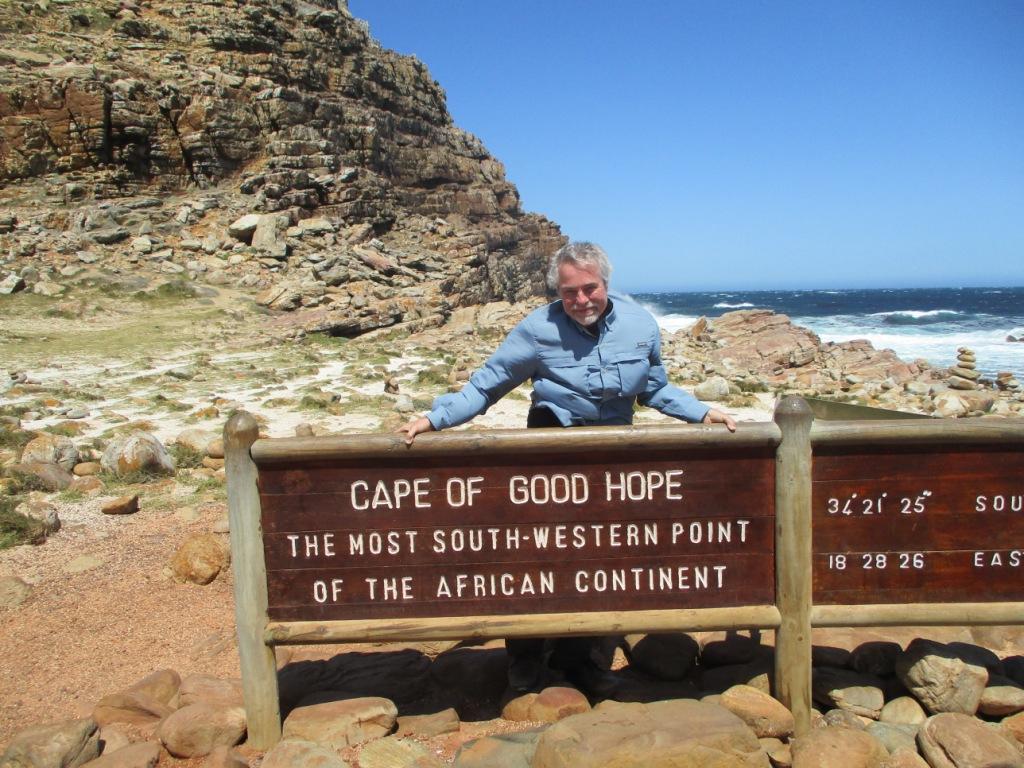 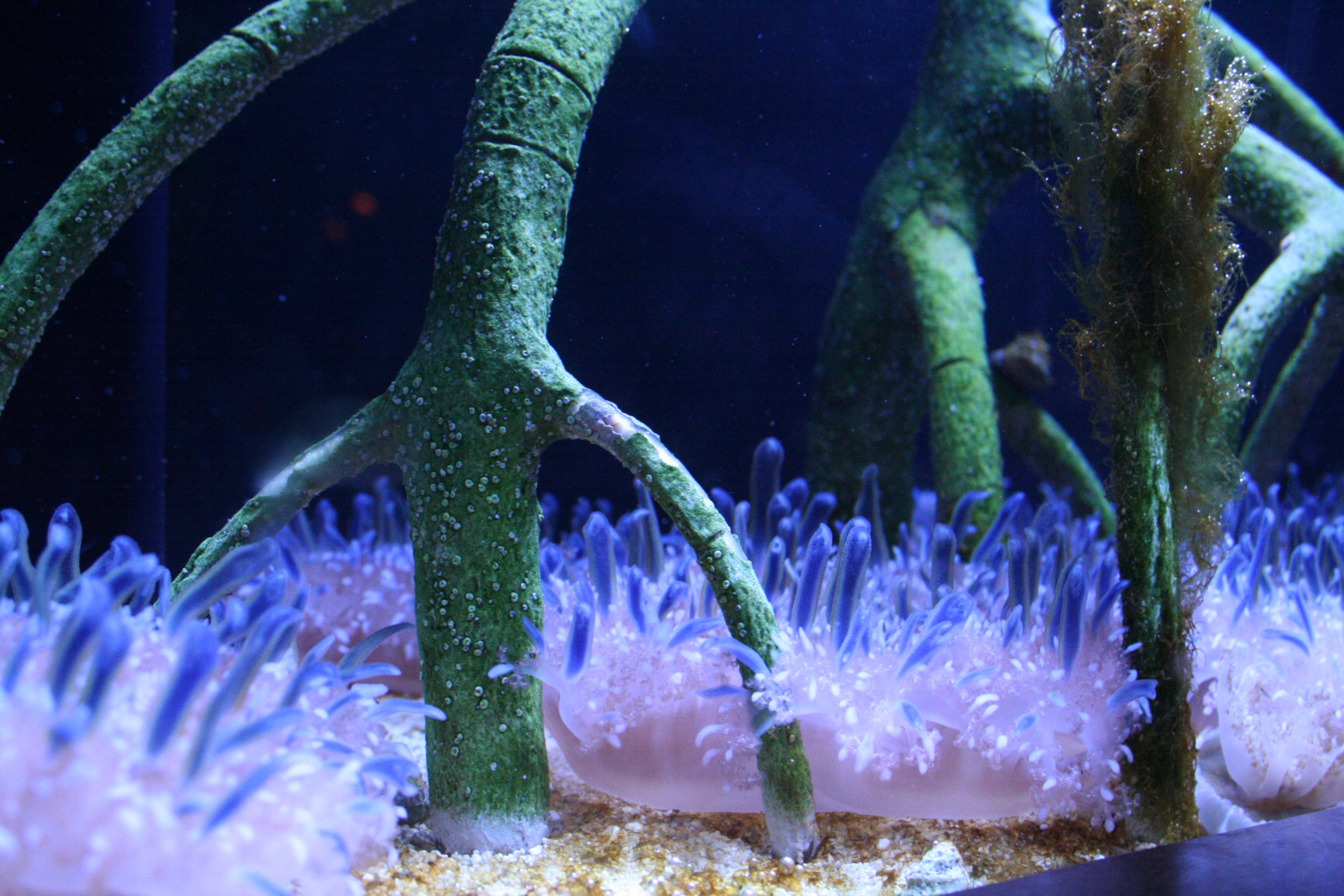 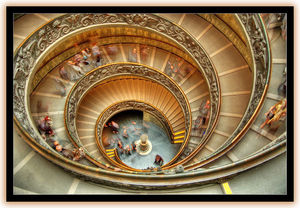 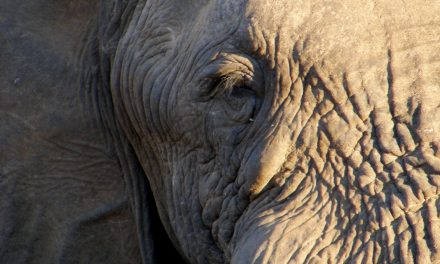 Faces on the Bathroom Floor, Elephants in the Room