William Walker Atkinson and The Kybalion 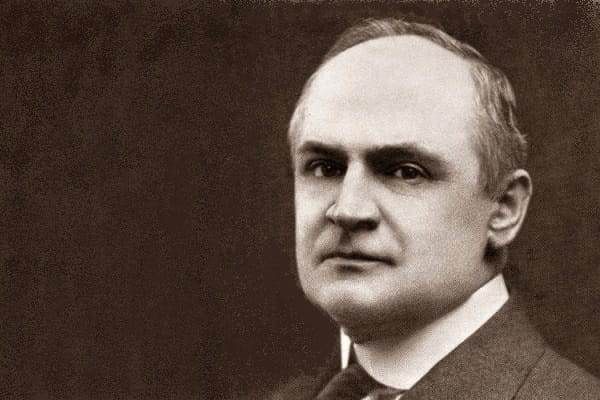 Two recent events led me into a review of a New Thought text from over a hundred years ago.  (Jump to the heading below if you want to get right into my musings on Atkinson and The Kybalion).

First, I have been intuitively called to go back and study some of the spiritual teachers of the past.  Some of these teachers I have read before, some not.  Some I was aware of, bought books by them and then set them on the shelves to gather dust.  I wrote about this intuitive call to “go back to basics” recently here.

Second, I became obsessed with cleaning up and organizing my bookshelves combined with bringing up to date my book database.  You see a year and a half ago we had some new flooring installed on the level of my office and our library. The books were packed up and moved during the process and when we returned them to newly reconfigured shelfing, well, let’s just say that many simply ended up where they ended up and it was hard to find certain volumes.  That state of chaos was driving my “organizational gene” crazy.

A statement of fact says that Mary and I have around 2500 books.  Around 5 or 6 years ago when we had 4 or 5 hundred less, I took the time to catalog them in a database using an iPhone app.  I was tired of us buying books we already had and thought it might help that concern.  Unfortunately, support on the app stopped and it became more and more difficult to use.  Eventually, I let go of my need to keep it updated.

Yet, this recent call to review the basics also called me to “get a handle” on my books….get them organized and update the database.  I found a great website service called LibraryThing and was able to upload my old database into it and go through my shelves and bring it up to date. (Highly recommend this free service.)  Then I organized the shelves.

All of this took a couple of weeks. One of the things that happened early on was the discovery of books that I had forgotten about.  Soon a stack of “must read these!” gathered.  And, yes, I’m working my way through them!  I will be writing about many of these books and their authors in the upcoming weeks.  Just so you know, this very unnecessary summary of my recent journey “with my books” will not be repeated each time thankfully!

One volume that jumped out at me and into my “read pile” was The Kybalion by William Walker Atkinson (writing under the pseudonym of “Three Initiates”).  I was not familiar with Atkinson, so I decided to find out a bit about him.

Of course, a good starting point is the Wikipedia article about him.  Turns out that it was rather extensive.  To quote its intro:

“William Walker Atkinson (December 5, 1862 – November 22, 1932) was an attorney, merchant, publisher, and author, as well as an occultist and an American pioneer of the New Thought movement. He is the author of the pseudonymous works attributed to Theron Q. Dumont and Yogi Ramacharaka.” Strangely, my recent clean up of my books had shown some volumes by Ramacharaka. May have to put them in the “read pile”.

The bio goes on to detail his extensive background in studying eastern religion and esoteric subjects as well as his lengthy time writing books and articles for journals.  In fact, he was the editor of several New Thought magazines in the early 20th century and often wrote much of the content of them under his own name and various pseudonyms.  It was surprising that he was not well known and not discussed much in New Thought circles (at least to me).

Next, I ran off to read about Walker in what I consider the most detailed history of the New Thought movement, Charles Braden’s Spirits in Rebellion.  Yes, having been published in 1963 it’s a bit dated, but it is still one of the best summaries of the early years of New Thought.  Interestingly, there was not much coverage of Walker in the book…. but he is mentioned.

In one place, it states that Atkinson was a major influence on Fenwick Holmes, brother of Ernest Holmes who founded Science of Mind and Religious Science.  Elsewhere is a very telling quote from Braden:

“But he [Atkinson] went on to say that New Thought, being essentially individualistic, could not be ‘organized’, or formed into an institution and that all attempts to do so would ‘result merely in dwarfing and stultifying it, and in a denial of its essential substance and thought’, an attitude extremely widespread among New Thought leaders both in the earlier period and now, which makes effective organization and co-operation extremely difficult.” (p. 193)

Many would probably agree with Atkinson today.  However, I had to laugh when I read that.  I was involved for 10 years in management with Centers for Spiritual Living, the organization that teaches and promotes the Science of Mind and the work of Ernest Holmes, including during the period when the 2 prior organizations that taught the philosophy merged into one.  Anyone who was involved in that “integration” (as it was called) would easily admit that the individuals who are attracted to the philosophy are certainly “individualistic” free thinkers who bristle at attempts to “be organized” by someone else.  Classic “herding cats” and I mean that in a good way!

It is a great testament to the evolution of the world and the philosophy that New Thought continues to grow and organize itself effectively, recognizing that New Thought has gifts to give to the planet that can assist with our current challenges.  The philosophy is still very much about the individual taking control of their own life but as we all know, it is also about the inherent oneness and interconnectedness of everyone….and that latter factor contributes to its growing ability to “come together” to share its wisdom.

Yet, we can see why Atkinson’s belief about New Thought may have led to his being less well known than many of his peers and those influenced my him.  At least as New Thought moved out of the early part of the 20th century, it was those who were successful to some degree at “organization” that showed a degree of “lasting power”.  Consider the continuity of the Unity movement formed by the Fillmore’s or the Science of Mind movement created by Holmes….both have continued over a hundred years on the fact that they “created an organization”.

Atkinson is worth remembering though. We have created a new resource page here on Conscious Bridge devoted to Atkinson. There you will find more background on him and links to many source materials. As most of his books are in the public domain, we have also included links where you can read (or download) copies of many of his books (including The Kybalion) and also read many of his writings for early New Thought magazines. As of this writing, there are 47 free books by Atkinson available there as well as 12 audiobooks.

The copy of The Kybalion that I read was one entitled “The Definitive Edition” published by Tarcher/Penquin.  I point this out because it not only includes the full text of The Kybalion (as originally published in 1908) but it also has a wonderful 40-page introduction by religious scholar Philip Deslippe that goes into background on Atkinson, The Kybalion and how we know that Atkinson is the author.  This volume also includes a previously unpublished manuscript by Atkinson entitled “The Seven Cosmic Laws” written by him shortly before his death in 1932. (Note that this book is not free but there are links to free versions of The Kybalion on our resource page mentioned above.)

For many years, there was much debate about “who actually wrote” The Kybalion.  Was it one person or three?   Was it Atkinson or (as many felt) an individual named Paul Foster Case?  To me, Deslippe makes a convincing case for Atkinson.  Also, my friend Mitch Horowitz gives a good summary as to why it’s Atkinson in a presentation that he made on the book that is out there on YouTube.   However, know that if you do any research on the book you will encounter this “controversy”.

I found it interesting that in his presentation, Mitch says that he tried to read the book, couldn’t get into it and then when he came back to it, he couldn’t put it down.  In fact, he says he had to read it several times.  This was the same experience I had!  The book on my shelf had been abandoned just a few pages in.  Here in 2022, I followed by devouring of it with an immediate re-reading!

I think one thing that may have turned me off previously was the fact that this 1908 book is written about and quotes extensively an ancient text called “The Kybalion” (yes, same name as Atkinson’s book) but that in reality such an early book does not exist.  Turns out, Atkinson made up “The Kybalion” and its history as this old “hermetic” document.  His quotes from it are not real.  The voices of the “three initiates” are really the musings of a very prolific New Thought author.  First time I encountered the book, I recall this “fakeness” turned me off.

This time, however, I was able to move beyond that.  Why?  Not totally sure, but I think part of it was the Deslippe introduction where he wrote about how this book influenced so many other writers and teachers.  If it did have such power (and even a hundred years later is spawning a “definitive edition”), then maybe it was worth another chance.  Also, I have come to recognize that using a literary hook of referencing some studied source to give your writings some “authority” is an age old tool.  Many say that Napoleon Hill did not really study successful people at the request of Andrew Carnegie as Hill states in his classic Think and Grow Rich.  I can see now that whether he did or not doesn’t really negate the value of the book.  The bottom line is just this:  “does what is being described provide you any value?”  The answer here in The Kybalion is a resounding “yes”.

However, there is another question I wondered about.  Was it even based on old hermetic teachings?  Turns out the answer is mainly yes….with a little bit of Atkinson’s other thinking supplementing it.  Horowitz discusses this in his presentation.

So here we have this slim volume that is over a century old, influenced a lot of people and has led me to an excited period of reading and re-reading in 2022.  There must be some spiritual wisdom in it, right? Again, the answer is “yes”.

Atkinson lays out “seven hermetic principles” or laws.  It’s fair to notice that Atkinson’s first career was as a lawyer!  Organizing something into laws goes with his background.

1. The principle of mentalism  –“The All is Mind; the Universe is Mental.”

2. The principle of correspondence –“As above, so below; as below, so above”

5. The principle of rhythm  –“Everything flows, out and in; everything has its tides; all things rise and fall.”

6. The principle of cause and effect   –“Every cause has its effect; every effect has its cause; everything happens according to law.”

7. The principle of gender   –“Gender is in everything; everything has its masculine and feminine principles; gender manifests on all planes.”

Next time, I will begin a review of these principles and discuss their applicability here in the 21st century.