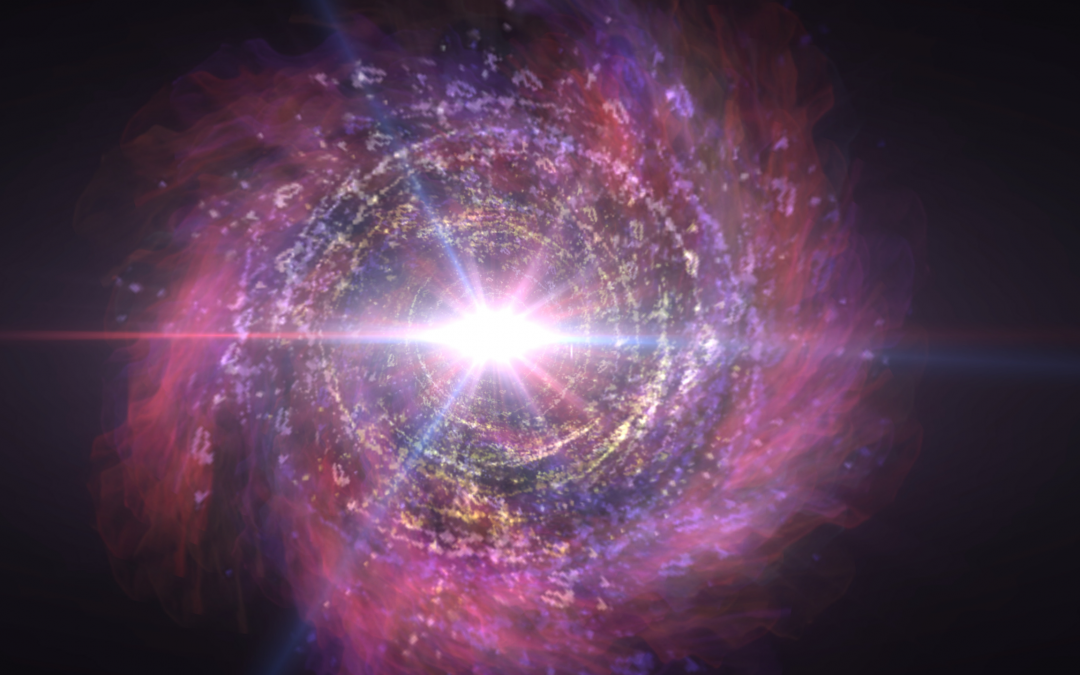 Today we begin a 2-part series looking through a New Thought lens at the idea of what is called “cosmic consciousness”.  Here we consider what this experience is and how it fits into our spiritual development. In our next article we will share thoughts on the very public cosmic consciousness experience of Science of Mind founder Ernest Holmes along with some of his writings on the topic.

Looking for that “Big” Experience

Many folks who find themselves consciously on the spiritual path frequently read about certain life changing transcendent moments that other people have experienced and start chasing after them in their own practices.  I know I did.  I would sit in meditation day after day and then feel that “I must be doing something wrong” because I had not moved beyond my body and floated out into space or some such thing. In fact, early in my life, I temporarily discontinued meditating frustrated because I had not had some “wow” moment of enlightenment.

Luckily, something in me kept bringing me back to the meditation cushion and to seeking spiritual development.  I continued reading, learning and practicing and over time began to see a real difference in my life and in my understanding of spiritual enlightenment.

Now, even though I have had several experiences that I would consider “transcendent” …moments where I moved intensely beyond the limited sense of this body, none originally came from meditation.  All were exciting at the time and shifted my perspective a bit towards unity and oneness, but none seemed to embody that quality I had read about.  None were the threshold where I was “unenlightened” one moment and then “enlightened” the next. Rather my “enlightenment” experiences were simply a part of all the other small steps feeding my overall growth. Attending classes and workshops, performing various self-reflective processes, spiritual writing and so on were just as valuable steps on my path.  It was in the aggregate of taking all of these small steps that led me to seeing that, in fact, I had over time taken a big leap in consciousness.

What I came to realize in time was that we are all unique expressions of the Oneness of Spirit and that our paths to that interconnected awareness simply differed. All those paths were unique just as we at our essence were unique—that’s how “multiplicity in the unity” really manifests!  Yes, some people had those intense flashes of illumination that immediately changed their lives, but most people experienced spiritual growth and enlightenment through an extended period of practice and learning and absorbing. It’s only after some length of time that we can look back and realize how much we have changed and where we have arrived.  Each of our paths to that wisdom is appropriately different.  A Divine Spirit’s experience of Itself seems to be served via such a vast multitude of diverse individual lives.

Yes, while we are here, we must pay attention to the physical world and meet our needs there.  But the spiritual path takes us to an awareness that we are much more.  As I often say, we live in two worlds simultaneously—the material and the spiritual—and key is learning how to shift as appropriate where our focus is in any moment while also keeping in mind that ultimate source and home is in Spirit.

This movement upward is part of our spiritual evolutionary journey. As Ernest Holmes wrote, “Evolution is the awakening of the soul to a recognition of its unity with the Whole.”

Recently I wrote about the little book The Kybalion written by New Thought author William Walker Atkinson under the pseudonym “Three Initiates”.  One of the concepts that I stressed from that book was our movement up a sliding scale polarity from the world of the relative to the world of the absolute.  In other words, it’s not an either-or type of thing. It’s gradients or shadings of differences as we grow. Seeing this infinitude of slight shifts is just another way of mapping our evolutionary journey.

Atkinson also wrote a number of books under the name “Yogi Ramacharaka” offering them as coming from some Eastern teacher/author.  One such book was entitled 14 Lessons in Yogi Philosophy and Oriental Occultism published in 1904.  In it he offers a further delineation of this scale from the “lower” to the “higher”.  Here he describes the following stages we move through: physical body, astral body, prana/vital force, instinctive mind, intellectual mind, spiritual mind and Spirit.  As he states in the book, the purpose of our lives is to grow and evolve through these “levels” or “bodies” until we attain “Spiritual Consciousness”.

Here is how he describes this:

“When man arrives at a full consciousness of Spirit, he will be so much higher than man that such a being is at present inconceivable to the Intellect. Confined in many sheaths of matter, it has waited through the long and weary ages for even a faint recognition and is content to wait for ages more until it is fully brought into consciousness. Man will ascend many steps of development – from man to archangel – before Spirit will fully claim its own. The Spirit is that within man which closest approaches the Center – is nearest to God. It is only in an occasional precious moment that we are aware of the existence of Spirit within us, and in such moments, we are conscious of coming into the awful presence of the Unknown. These moments may come when one is engaged in deep religious thought – while reading a poem bearing a precious message from soul to soul – in some hour of affliction when all human aid has failed us and when human words seem but mockery – in a moment when all seems lost and we feel the necessity of a direct word from a being higher than ourselves. When these moments come they leave with us a peace which never afterward entirely escapes us, and we are ever after changed beings. In the moment of Illumination or the dawn of Spiritual Consciousness we also feel the real presence of the Spirit. In these moments we become conscious of our relationship with and connection with the Center of Life. Through the medium of the Spirit God reveals Himself to Man.”

A few years earlier than Atkinson, a medical doctor by the name of Richard Bucke obtained a degree of fame with the 1901 publication of his book Cosmic Consciousness: A Study in the Evolution of the Human Mind.

Ultimately, Bucke acknowledges that words are insufficient to fully describe this level of consciousness and that it must be experienced.  Much of his volume is dedicated to describing those individuals (Buddha, Jesus, Paul, Plotinus, Francis Bacon, Walt Whitman and others) whom he felt had experienced such consciousness.

Of course, many other New Thought writers beyond Atkinson have referenced this state of consciousness.  Here is a small sampling:

“When men evolve spiritually to a certain degree, they open up inner faculties that connect them with cosmic Mind and attain results that are sometimes so startling that they seem to be miracle workers. What seems miraculous is the action of forces on planes of consciousness not previously understood. When a man releases the powers of his soul, he does marvels in the sight of the material-minded, but he has not departed from the law. He is merely functioning in a consciousness that has been sporadically manifested by great men in all ages.”  ~Charles Fillmore (Prosperity, 1938)

“And here is the real evidence of cosmic consciousness.  When you have entered the peace that passeth understanding and the joy that can only be described as a million heavens in one, you are in the cosmic state, providing you have forgotten every ill and every wrong you ever knew.  In the cosmic world everything is as God made it; nothing has been changed in any way; absolute perfection and absolute divinity reign supremely, and the glory of it all no power in man can ever attempt to picture.  It is beyond all the powers of the personal man; it is for the soul only to understand and enjoy.”  ~Christian D. Larson (The Pathway of Roses, 1912)

“This birth into the cosmic sense generally comes as suddenly and completely as the birth of a butterfly or a babe. There is no going back again into the chrysalis, no going back into the old little-self life. But one catches intellectual glimpses of the cosmic before he is really born into the cosmic consciousness, just as the grub may catch glimpses of the world through his shell, may feel his growing wings though they are not yet unfolded; just as the chick may peep at the world before he fully emerges from the shell. … Even so, those who come into the cosmic sense must believe that they are one with the cosmos, so that they desire or aspire to know the cosmos better and to feel with it. In due time comes the experience of cosmic consciousness, which is an experience, but not a provable thing. It is a religious experience, known by the one who experiences it, but utterly intangible to one who is not ready to emerge from the grub state.”  ~Elizabeth Towne (15 Lessons in New Thought, 1910)

Consistent among so many New Thought writers is this idea that cosmic consciousness is an experience that relates to our evolution.  New Thought teaches that we are on a spiritual evolutionary journey through the material realm and back to reuniting with our source in the spiritual realm.

There are aspects of life that push and pull us along to ensure that we ultimately are on course.  One of those things that serves keeping us moving forward are our glimpses of cosmic consciousness. This conscious state reminds us that we are more than these bodies and that the universe is more than physical stuff.  Most who have experienced such levels of awareness have felt that this cosmic consciousness is a key aspect of where we are headed, that it is tied to our ultimate truth.  Hence, there is much to suggest that such states of consciousness (which we can only taste as a human) are the next step on our path beyond this human form.

NOTE: For information on many of the books and authors listed here, check out our resource pages. Here is a good one to start with: New Thought Authors and Teachers