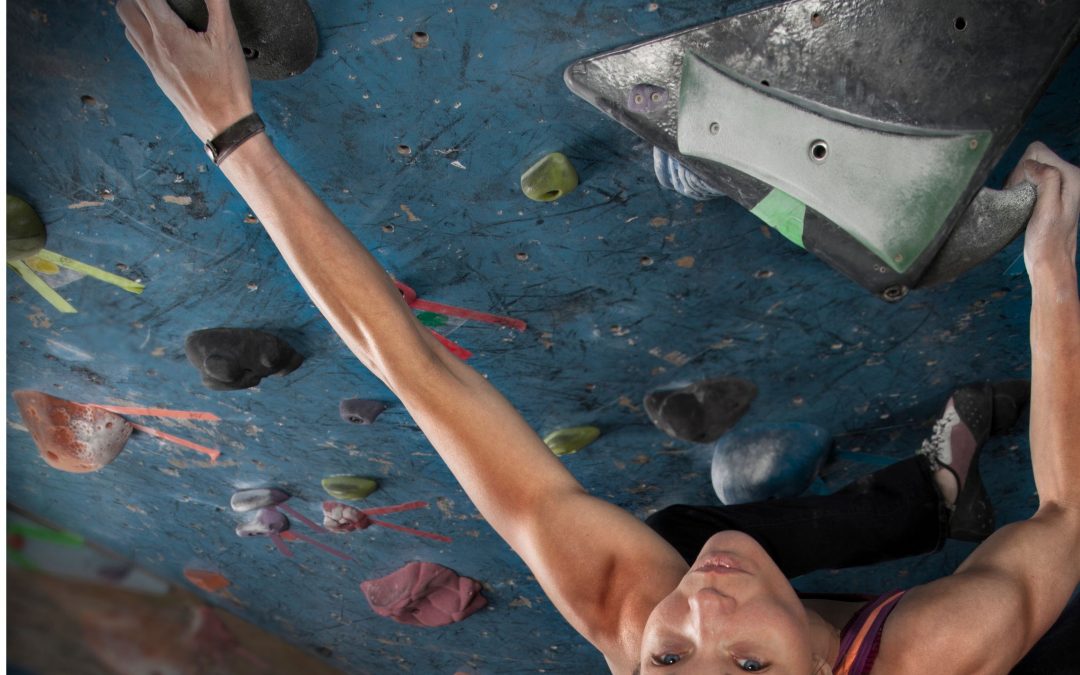 Most students of New Thought have never heard of Henry Wood, I suspect.  Although he was a prolific writer of the late 1800s and early 1900s, his writings are not frequently cited.  His biographical details are somewhat limited.  However, his books are available to all of us through online resources these days.  Today we look at one of those books, Studies in the Thought World written in 1896.

One thing that caught my eye about this book was his descriptions of our spiritual evolutionary journey.  This has obviously been an interest of mine given that I published a book on that topic (Our Spiritual Evolution), a number of years ago.  So below, we pull some quotes from Wood’s book and comment on them with a “modern eye”.

Note: For more information on the background of Henry Wood and links to resources about him and copies of his writings, visit our Henry Wood Resource Page here.

The Evolutionary Climb of Humanity

Several chapters in Studies in the Thought World,  reference humanity’s spiritual evolutionary journey.  Below I have bolded quotes from Wood followed by my thoughts:

“The eons of the past have been occupied with a struggle to bring forth man. That great effort is still in progress, for he is not yet completed. Generic man, or the human ideal, is, and always was, potentially complete; but in actualized existence and expression he is ever more becoming.”

Note that when Wood uses the name “man”, he is writing in the late 1800s and we are called to replace the term with more gender neutral wording such as “humanity”.  Here Wood acknowledges that humanity has come far, but we still have a long way to go.  Aspects of this highest possible human (the ideal) have always been in us but we are ever becoming more of that “ideal” as we evolve.

“In a very realistic sense, evolution has created a new heaven and a new earth, and, in fact, made all things new. Take all the so called sciences, and they would not now recognize their likenesses, as faithfully taken two score of years ago. Geology, botany, zoology, astronomy, biology, in fact cosmology, which embraces them all, are to us new creations. All the theories, systems, text-books, and authorities extant, that have been formulated without the light of this all-inclusive philosophy, are worthless lumber, warped and decayed. They are as incongruous as the Ptolemaic system of astronomy.”

“In this special study we are not to take up, technically, the details of material evolution; for these have been ably formulated by modern exponents from Darwin to Drummond, and to do this wonld require an especial equipment to which we lay no claim. Our purpose is rather to interpret the spirit, trend, and meaning of this great philosophy, as we follow its clew among the higher aspects, and to trace its all-inclusiveness in man.”

Here, it seems to me that Wood is pointing out that evolution is occuring in both the material realm (earth) and in the non-material realms (heaven).  Much has been written about material evolution, so his study is to consider the relationship of evolution to our “higher aspects”.

“Lifted from its blind materialism, evolution may be simply defined as the divine method of continuous creation; or, in more specific terms, as God’s way of making ideal man — or the man that is finally to be the fall expression of himself.”

Evolution is a “divine method”, its impetus comes from Spirit or Oneness.  Evolution is continuously creating and moving us forward.  It’s direction is towards humanity expressing itself in its perfect or Ideal (Divine) state.  Reaching that state would be our fullest expression of ourselves.

At this point, I want to share a similar statement written by another New Thought teacher, Ernest Holmes, from 20 or so years later: “Evolution is the awakening of the soul to a recognition of its unity with the Whole.”

“The materialism of Darwin still lingers largely with most of the recent exponents of the new philosophy. But though their attention has been almost exclusively centred upon outward forms, — which are only indexes, — yet even such superficiality has been indispensably useful as a stepping-stone to the deeper reality. A knowledge that recognizes progress in beauty, complexity and perfection of form, leads to an understanding of the advancing orderly shaping force, which is thus given outward expression. Visible forms are only symptomatic of the moulding reality that is bach of them, the quality of which they are striving to express.”

Obviously the scientific study of evolution has focused on the outward material effects.  Yet this approach is useful because the “outer” aspects of evolution have shown a greater appreciation for these expressions as we note their beauty, complexity, and perfection of form.  This outer appreciation allows us to begin to point us to the shaping forces that are bringing forth that beauty.  Where and what are those shaping forces?  Perhaps they transcend the material world of form?

“True evolution, in its essence, is the name of a law of progress, rather than of a series of seen forms. The life, mind, or soul, of whatever grade, is always the cause, and not the result, of organization. The real progression is in the ascending quality of mind or life. Each step is a successive state of internal character, and its visible form is only its sensuous translation.”

“It is not matter, per se, that progresses. The same physical material appears, disappears, and reappears in higher or lower combinations, as the case may be. It is passive clay grasped by the band of a moulder. The elements which to-day make up the body of a dog or tree may have figured long ago in the material organism of a seer or philosopher. There was no ascent or descent in the material, but only in its user. All progress is in the unseen.”

What we see as evolution out in the material world is but an effect of the real evolution that is going on in the higher realms of Mind and Spirit.  Stuff out there comes and goes and is temporary.  The real growth is in the non-material realms.

“In the great cycle of creative development, the Divine life, first involved into the lowest conditions, is at length, through a series of grand steps, gathered, organized, individuated, and evolved into ” sons of God,” in which form, with ever-lowing reciprocal affection, the return is made to the ” Father’s House.””

Here, Wood begins to paint the picture of the evolutionary path.  The Divine or Spirit or whatever you want to label the creative force of the universe embedded itself (“involved itself”, that is, the process of “involution”) into its creation and then allowed its “lower” forms to move through a process of growth and experience until it became aware of itself (“sons of God”) and began its return to its Divine Source (the “Father’s House”).

“The road to a spiritual self consciousness has been hewn through a great forest of expressive forms, each of which has been pushed aside for its more able successor. The clod becomes a vegetable, the vegetable an animal, the animal a man, the man a self-conscious spirit, and the spirit a god. We must ever bear in mind that all this progress is in positive quality of life, and that each of the rising forms is only its outward symbol. It is like a banner which shows the rank of the force which is marching behind it. All the motives, mysteries, riddles, and potentialities of the universe find their solution and focalized climax in man.”

Each step on the physical evolutionary journey was necessary for the evolution of the self aware person.  All of this outer evolution has served to bring us to this point where we have these human beings who can now be aware of themselves and their place and role in the universe.  Here is how Ernest Holmes put it: “Through eons of time life has been slowly climbing up the ladder of unfoldment to the present self-conscious state achieved in man.   Some degree of consciousness exists in everything because everything is some form of Spirit, and Spirit is Intelligence.  However, there are degrees of intelligence, or consciousness.  We often hear the expression, “Consciousness sleeps in mineral life, dreams in plant life, awakens in animal life, and comes to self-consciousness in man.”  Man, then, stands at the very peak of the evolutionary climb.  He is now a self-conscious individual which means that he not only knows, but knows that he knows.  He can think about his own consciousness, and he now has the power of choice – the very summit of life’s upward striving.  Evolution, through infinite ages, has done much for him.”

“Man is to be the personal expresser of the one Creative Spirit; so that purposeful evolution is a multiplying of self-conscious, divine personalities. The upward spiral stretches from infinite involution to infinite evolution. The God-energy stores itself in the humblest forms; and as the oak is potential in the acorn, as man is wrapped up in every one of them. The process of ripening is orderly on all planes. When man discovers that God is in his being, he feels an impulse to give him manifested expression. Life is a great gulf-stream, sweeping away from divinity, and bearing everything on its bosom, but only to finally float all back in perfected form to their primal source.”

Ultimately, we are called to recognize that the Divine, Spirit, God is in each and everyone of us. It pushes us and pulls us along an evolutionary journey spiraling upward to infinity.  This journey “home” is simply our movement within our consciousness towards our sense of unity with our source.

So many different teachers have said the same thing about this evolutionary journey.  I know this, but I am always fascinated when I discover another who made the points in their own words.  Obviously, there were those who described the involutionary-evolutionary journey before Wood.  A few years after these writings by Wood, an English judge named Thomas Troward described the process in similar language.  Troward influenced Holmes who I quoted here.  Holmes impacted my writings and beliefs. Our spiritual evolutionary journey has been taught by many other contemporary writers.  The similarity of the conclusions are personally compelling.

Is this evolutionary story “true”?  That’s for you to contemplate and decide for yourself.  But if like me you find the story gives meaning to your life and explains our existance at a deep level, then you begin to see the value and wisdom in it.  Then the question becomes, what are you going to do an be with that knowledge?