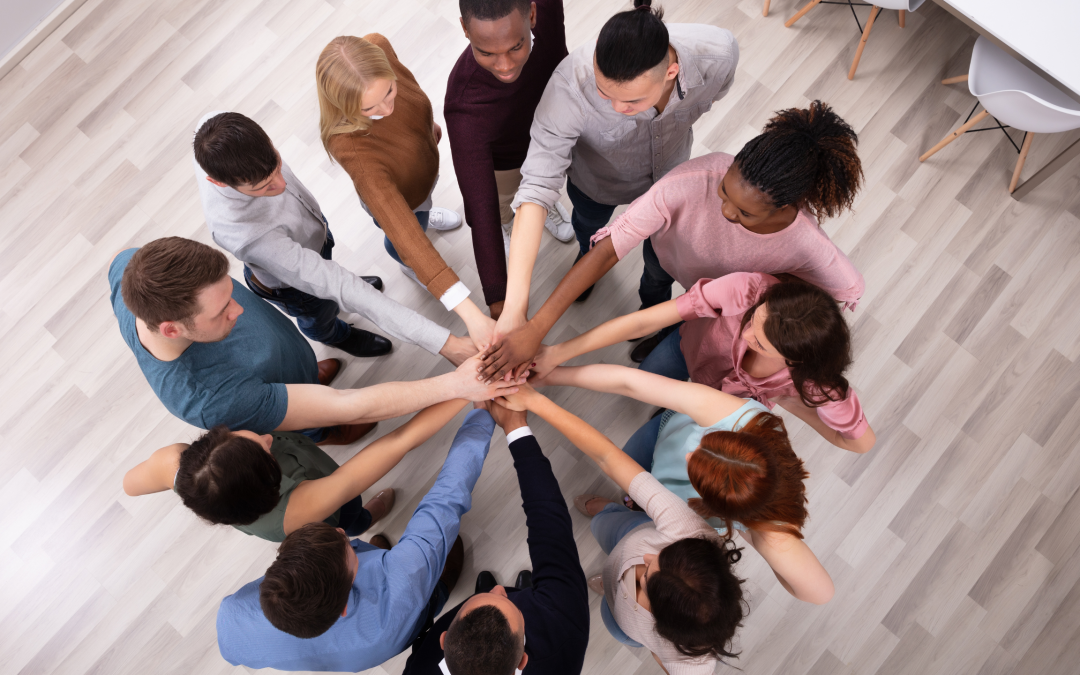 Today I want to highlight a  little known New Thought minister from the mid-twentieth century, Gene Emmet Clark, and a slender volume he published in 1960 entitled Let’s Talk About You!  We will pull some quotes from his book and see what advice they might offer us today!

What made me think about Clark?  I’ve been working on a project for the Science of Mind Archives and Library Foundation for the past few months that involves my listening to, inventorying and categorizing audio recordings from Science of Mind founder Ernest Holmes.  It’s a fun project and will be leading to a lot of recordings of Holmes being made available to the public for the first time in the upcoming months through the archives website.

One of these audios was from a Sunday service at the Beverly Theater in Beverly Hills, California, on May 27, 1956.  Holmes had been speaking there for a number of years but had announced that he was leaving at the end of that month, May, to work on other projects including an upcoming TV show.  As he left, he was turning the reigns of the church over to another minister, Gene Emmet Clark.  The service recording includes Clark coming to the podium and honoring Holmes by way of gifting him the “largest color TV” available at that time (21 inch screen!) and then telling him some of the programs that he could watch on it that very night.  Cute and touching!

Listening to that recording led me to recalling that somewhere in my library was a book by Clark.  A quick scan of my “New Thought” section led to a copy of Let’s Talk About You! I decided to read the book and there were a lot of useful ideas in it that I wanted to share.  Hence this posting!

Who was Gene Emmet Clark?

But first things first.  Who was Clark? Now a quick Google search doesn’t really turn up much of anything.  I did find a few copies of his long “out of print” book for sale online.  There was a lot of online information about another Gene Clark who was a founding member of the rock band “The Byrds”.  If interested readers find any useful online sources about Gene Emmet Clark, please pass them along to me!

Other biographies of Holmes make little to no mention of Clark.  Holmes’ brother Fenwicke’s biography on Ernest only mentions him once stating that Ernest “asked Dr. Gene Emmet Clark to take over his Sunday lectures at the Beverly Theater.”  The most useful information I was able to obtain about Clark came from the back of the copy of his book:

“Gene Emmet Clark, one of the outstanding inspirational writers of our time, is profoundly skilled as a speaker and lecturer in the field of creative thinking.  As a Protestant minister for one of Beverly Hills leading churches, Gene Emmet Clark is well know to many thousands of persons all over the world for his kindly, probing insight into the human potential, and his dry and effortless humor is stimulating, often provocative, but ever compassionate for the foibles of humankind.  Public acceptance of his book, Let’s Talk About You, has been little short of fantastic, proving once again that thinking men and women are seeking guidance and direction in the vagaries of every day living.”

OK.  Not even enough for me to really create a resource page on the website for him….but if my research turns up more, I will.  Meanwhile, here’s the link to the list of all the other New Thought folks there.

Let’s Talk About You!

Clark’s book contains 50 short 2-page chapters on various topics.  Here’s a few sample chapter titles: “The Unimportance of Failure”, “A Power within Yourself” and “It’s Earlier than You Think”.  Given this book has long been out of print, what I would like to do is share 10 quotes that I think might be helpful to all of us today.  Below are those quotes in bold. Occasionally, I offer some commentary (not bolded).  Enjoy!

“Do you run yourself down?  Do you dwell on all the mistakes you have made? Who hasn’t made them?  The person who hasn’t made any mistakes hasn’t learned anything worth knowing.  Bless those mistakes.  Be grateful for them—even the ones that kicked back and kicked back hard. They’re among the most valuable experiences you have ever had.”

“Your attitude toward other people is not what they make it but what you make it.”

Yep, you are always at choice in how you see other people.  You can blame your bad opinions of others on their actions but ultimately “your opinion” is “your opinion”.

“What life have we imagined for ourselves?  The vivid imaging of it is the beginning of the creation of it.  Never forget that.”

“What we once thought was ‘substantial’ matter is only energy at a point of perception. Behind everything is an unseen mind energy, which is given direction through thought. And what is formed, what is created, is this same one substance, energy, at a point of visibility.”

“Without being aware of it, we tend to project upon others our feelings about ourselves.”

“The systems built by man too often try to make exclusive what is really all-inclusive.  Yet, when we build a little system — or a big one — that makes the claim that life offers its richest benefits only to these people and not to those, we have only built ourselves a wall that we cannot see over.”

I really like that quote. And what are those systems?  It can be stuff out in the world or it can be our own thoughts, as after all, everything starts with a thought.  When ever we have a thought that divides us in any way, that thought also blocks us from seeing the truth of our unity.

“The wrong way to try and quit worrying is to attack the worry and try to deal with worry itself.  The right way is by displacement, eliminating the worry thought by letting its positive opposite crowd it out—and then following through with constructive action.”

“Those who are trying to take advantage of others will attract those who will try to do exactly the same thing to them.  On the other hand, trust meets with trust.”

“There are no hopeless situations; there are only those who have grown hopeless about them.”

So did any of these quotes resonate with you?  If so, take some time to reflect upon them and see how they can assist you on your journey.  Feel free to let me know which ones you liked!