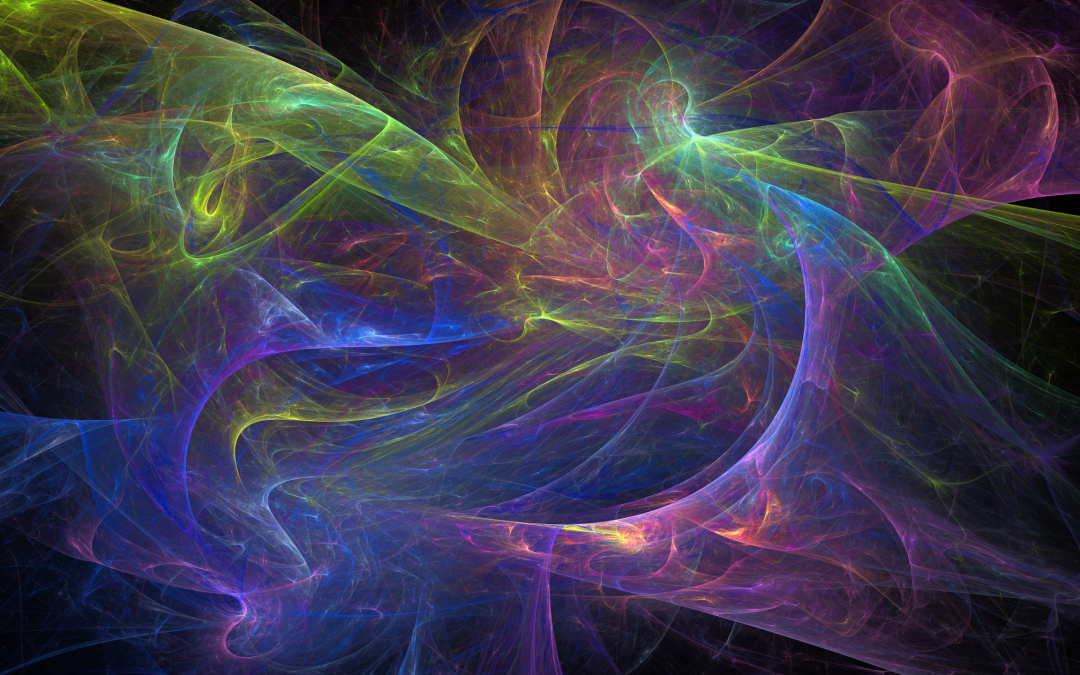 Today we conclude our 2-part series looking through a New Thought lens at the idea of what is called “cosmic consciousness”.  Last time, we offered thoughts on what this experience is and how it fits into our spiritual development. Here we go into what Science of Mind founder Ernest Holmes wrote on the topic and provide some historical background on his very public cosmic consciousness experience, including providing a link to an audio recording that captured the moment.

As we described last time, New Thought suggests that cosmic consciousness is an experience that relates to our evolutionary journey.  We are living in the physical world, but our truth lies in the spiritual realm to which we are evolving. The glimpses we obtain of cosmic consciousness serve to both remind us that we are more than these physical bodies and we live in a universe grander and more expansive than this material world.  Many teach that the consciousness that lives in the cosmic realm is where we are headed in our next steps of our growth as spiritual beings.

Ernest Holmes taught these points as well.  To show that I am sharing here just a small select sample of quotes on the topic from Holmes:

NOTE:  “Dr. Bucke” is Maurice Bucke, author of Cosmic Consciousness which was referenced in our last article.

“Planes are different rates of vibration. When we speak of “different planes” of existence, we are not indicating places, localities. We are recognizing certain levels or stages of thought… planes of consciousness. As our minds expand, as our awareness increases, we advance from one plane to another, from the animal consciousness to the Cosmic Consciousness.”  ~ Science of Mind (1926 Edition)

“When we explore the realm of Cosmic Consciousness we do not depart from common sense and from reality and entering a place where the laws as we now understand them no longer exist, because so far as we understand them, they do still exist. We are simply penetrating the first approach the world has made so far and it has taken it thousands of years to make it- into a transcendent atmosphere which doesn’t contradict the facts of everyday life.”   ~ 1933 Commentary on The Science of Mind Original 1926 Text, Lesson 22

“Progression and embodiment is the only way a person can ever really arrive at a state of Cosmic Consciousness. I am not a believer in trying to force any type of spiritual growth. I believe with Emerson that every man should take himself for better or worse, listening to no argument for or against, and yet hearing every argument and he himself deciding what is valid. Otherwise, the man is hypno­tized from the cradle to the grave. It may not be the easiest road to take. It is the only one which can eventuate in an interior placidity from which one cannot be robbed.”  ~ 1933 Commentary on The Science of Mind Original 1926 Text, Lesson 23

“The laws of the universe are not in opposition to each other. They exist on different levels and different planes. The law of magnetism on the physical plane operates as the law of attraction on the mental plane. Cosmic consciousness is not exalted consciousness on this plane. It is ordinary consciousness on another plane.”  ~ 1933 Commentary on The Science of Mind Original 1926 Text, Lesson 22

“As we contemplate with the Being of God, that Being which is God contemplates Itself as us. “As deep cries unto deep, deep responds unto deep- “Troward said it this way, ” As the individual opens himself to the Universal, the Universal seems to pour itself into the individual, resulting in expanded individualization of consciousness.” Individuals wish to express fully and completely as individuals. This desire pushes them into higher states of consciousness and ultimately they encounter the dimension of universal Spirit that we call Cosmic consciousness…That is the greatest teaching in the ages. It is the culmination of the teaching of Troward. It is the essence, I think, of the reality back of the spiritual power of the great spiritual geniuses. It is the result of a con­sciousness of a unity which becomes so conscious of its unity that the time comes that it is entirely unconscious of its unity and is the unity without having to be conscious of it. That is a rather involved statement, but I don’t know how to put it any other way.” ~ 1933 Commentary on The Science of Mind Original 1926 Text, Lesson 22

By Cosmic Consciousness, we mean “One’s consciousness of his unity with the Whole.”  This is not a mystery, however, but the Self-Knowingness of God through man.  Illumination will come as man more and more realizes his unity with the whole, and as he constantly endeavors to let the Truth operate through him.  ~Science of Mind

At one point or another, most students of the Science of Mind hear about the moment when Ernest Holmes had a mystical experience while giving a talk.  It happened during the dedication of a new church in Whittier, California, on February 12, 1959.

In the midst of his talk, he began pausing.  He proclaimed first “I see it!”  After another pause he added, “O God, the veil is thin between…..we do…..mingle with the hosts of heaven”.  A moment later he stated again, “I see it”, then paused and added, “and I shall speak no more” and sat down.  Audience members recalled that Holmes face was “radiant” during these moments.

So, what exactly did Holmes experience?  He shared what happened with only one person, Dr. George Bendall, a minister who at the time was living with Holmes and assisting him after the death of Ernest’s wife. Bendall had accompanied Holmes to the ceremony that evening.  In a book of transcripts of talks by Holmes compiled by Bendall many years later, he included the text of Holmes Whittier dedication (see The Anatomy of Healing Prayer Holmes Papers Volume 2…note that all 3 volumes now in print as The Ernest Holmes Papers).

In the introduction to that chapter, Bendall wrote, “that night he told me he had the sensation of being at the roof of the Church looking down at himself talking. I asked him what he saw. He said, “The whole church and people there became a pool of light.” When he left the podium, he stumbled momentarily as though with an effort the man on the roof was forced back into the man at the podium.”

Bendall shared more of what Ernest told him in both an essay entitled “Ernest Holmes Remembered” (included in the volume Collected Essays of George Bendall) and in an interview with writer Elaine St. Johns for an article included in the December 1987 issues of Science of Mind magazine.

Bendall states that Holmes told him, “While I was talking, I had the semblance of everything turning into a sort of shimmering light and I imagined myself, or maybe I was, as though severed from my body, looking down at myself talking and feeling this thin.  I actually had the feeling that I was part of the stars, that I was a part of everything, that I was part of the whole movement, the push and pull of the universe, but with a greater sense of self-awareness.”

Continuing, Ernest told him. “I thought I had had cosmic conscious experiences long before, but now I know this truly what it is. There was a complete and total recognition that there is no death, nothing but eternal life, no sense of any mistake in his past, only an instantaneous recognition of his experience and expression as an individual.”

Holmes then cautioned Bendall not to share what he was telling him with others because, “however you say it, this kind of thing is usually misunderstood. You can’t tell people about it.” Bendall, of course, waited until years after Holmes passing to share what he knew about that night.  However, St. Johns believes that Bendall did convince Holmes to share a bit of his experience as evidenced by the following lines in his epic poem The Voice Celestial (co-written with his brother, Fenwicke):

Bringing messages from the shore of time,

Eternity presses upon us.

It belongs to the present moment;

Eternity enters and brings the light,

Messages from the unknown mystery of being,

And on and on to the Great Heart that breathes

In rhythmic lovingness in everything!

Fortunately for us, Holmes talk that night was recorded on an early stenographic device, called a Grey Autograph, which captured it on a plastic disk.  It was later transcribed onto a phonographic record, before years later again being transferred to tape and ultimately to digital audio.  Hence, the quality is not great and sometimes the words are hard to understand. But it is a unique recording of a unique moment.

Here is a link to that recording which I hope you find listening to beneficial.