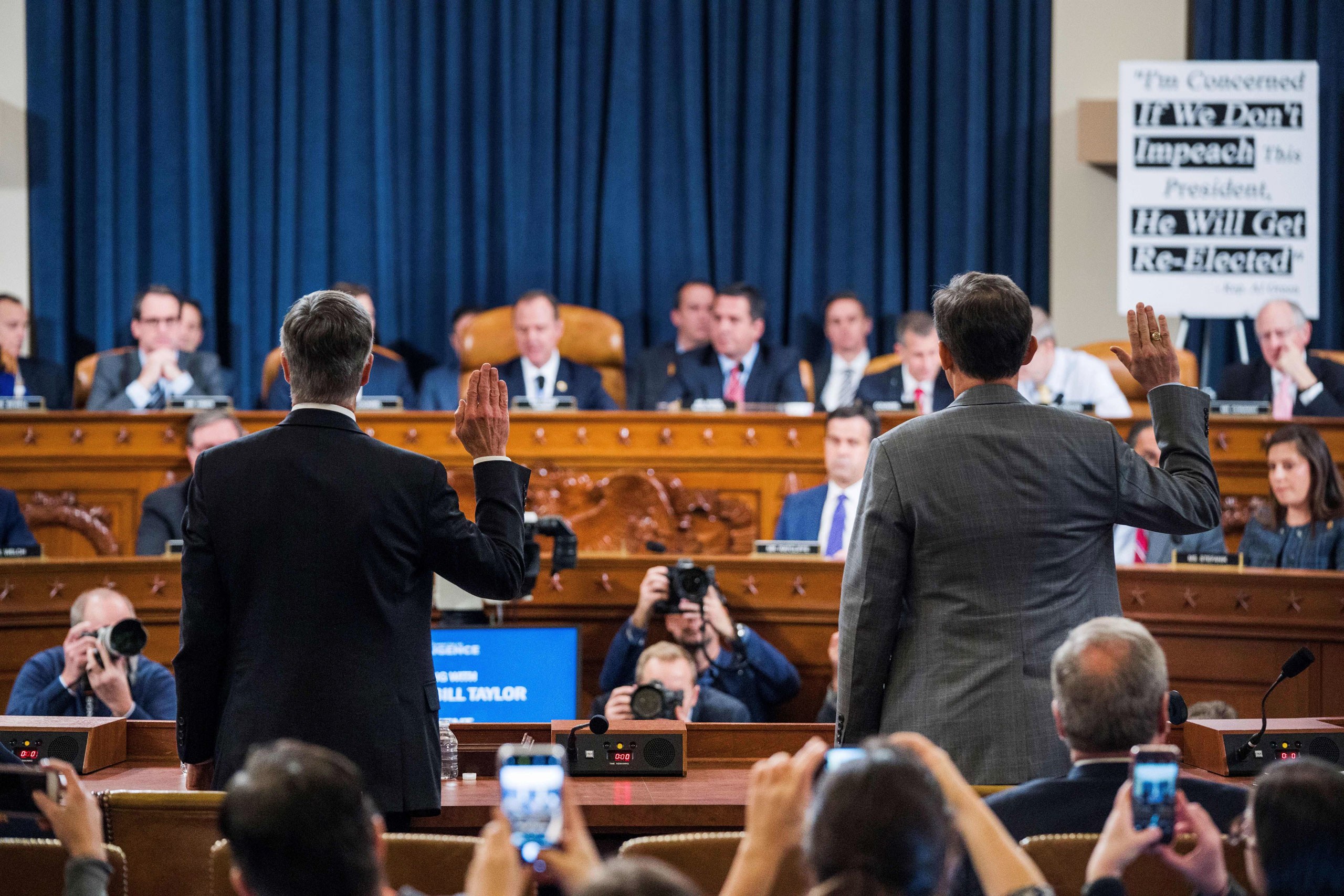 As I write these words, the US House of Representatives is holding “impeachment inquiry” public hearings. Of course, you would have to be under a rock to not know that.

What I want to offer today are some random thoughts that have been occurring to me over the entire process….all food for thought no matter where you are on the political spectrum.

Writing About Trump: I have tried not to write about Trump so much recently. Back in 2016-2017 I did a number of blogs about him and his political rise. Part of that was my attempting to understand why he was capturing so much attention and votes. Here is a link to articles about Trump. I finally stopped writing about him. Why? Could be “Trump fatigue” — just tired of hearing about him or thinking about him. Maybe a bit of it was that what we focus on is what we get more of in our lives….and I wanted to experience a bit less of Trump. Can you relate?

Standard Disclaimer…Not a Trump fan: Those who know me or have read much of my work here can tell that I politically on the progressive end of the spectrum. Hence I feel like I must put that disclaimer in as no doubt my feelings can come through even when I attempt to be neutral.

Honoring Everyone: Yet, in spite of my not being a Trump fan, I have honestly tried to understand (1) his attraction for so many people; (2) the positive things that are coming from our collective experience of Trump; and (3) how we can all be a force to transcend the fears and negativity that we are currently experiencing. All of us, no matter what our political beliefs, are in my belief system an aspect of Spirit or the Divine. We are all interconnected and One. Hence, we must look beyond the walls we are putting up in the outer world and see the ultimate truth of “what is really real” here.

Impeachment is Overdue: I have to confess, I have written my representatives multiple times over the past year or so asking that support impeachment. There have been multiple actions on behalf of Trump that I felt were impeachable offenses. I was personally disappointed that it took so long. Now, I could get into why I think Trump’s actions were criminal but we get enough debate on that in the mainstream media….and besides, if you disagree with me, I doubt anything I say on that subject is going to change your mind.

Transcending Retreating to Our Political Camps: I realize that even in publicly stating that I think impeachment is overdue, that if you are a Trump fan you may feel called to now discount any of my words. It is an unfortunate frequent occurance that when we encounter someone who disagrees with us, we express indignance, perhaps take offense, but definitely retreat to our safe space to be with “our people” who think like us. In the words of Trump, “Sad!” We need to learn to toughen our skin and remain in friendly dialogue with those who believe differently from us. It is the only way we can move forward.

Impeachment Sends a Message: To many pundits debated if impeachment actions should not have been taken because it will “energize Trump’s base” and cause harm to the Democrats chances in the 2020 elections. I disagree. Again, I thought that such action should have at a minimum been taken after the Mueller Report as it clearly showed inappropriate actions by Trump. Although impeachment is obviously rolled into a political system with political players with political motives…..it is also the only recourse that we have when the President has done illegal behavior. It is imperative that we must be able to send a message that “you, Trump, are wrong in your words and actions and we are going to tell you that.” Impeachment sends that message. Not impeaching sends another message all together—“that you can do whatever the hell you want and nothing is going to happen.” America is better than that.

Where Did All the Ethics Go?: When I worked for the government, every year we had ethics training. Those who work for the people were expected to uphold a high standard of actions. We held the public trust. Our actions not only had to be ethical in reality….they had to be so such that there could not even be the “appearance of any unethical behavior”. This standard was drilled into us. As I watch the players in the current administration….starting at the top…..they could care less if they are perceived to be acting unethically. The sad thing is that they are leading an erosion in the public trust of our government that is going to be very difficult to overcome.

What Kind of Country Do We Want?: Each of us needs to step back from the emotion of the events and ask ourselves that question. Then the next thing we need to consider is how our thoughts, words and actions are contributing to the world we want. If we truly want to live in a country that governs itself by having fair laws that are evenly applied to all, where individuals who act illegally are held accountable for their actions, where each of us attempts to act in the most ethical manner, where we all respect the opinions and voices of others without attacking them, where we all work to create a country that works for all of us….no exceptions….then the creation of that country is up to each of us.

What are your thoughts?