The Evolution of Consciousness, God, and Prayer 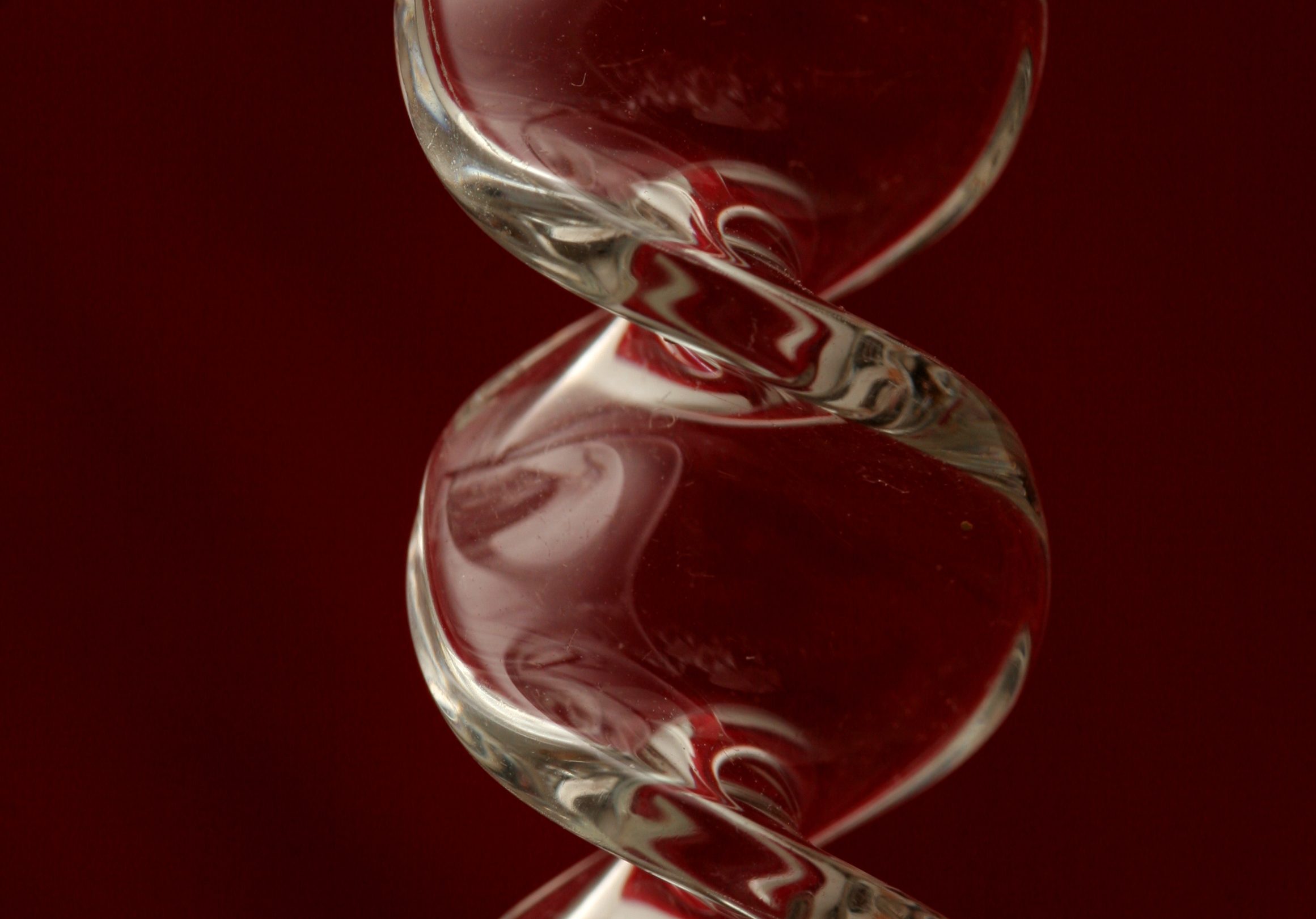 The title sure sounds pretty heavy.  Don’t let it scare you away.  First, a brief reminder… the underlying theme of all the articles I write here is that there is a direction to life… that things are evolving and that evolution has a positive direction… that within evolution’s “arrow” there is free will choice which leads to an infinite variety of experiences…some of these experiences, we label positive, others negative, but the general direction of evolution is ever upward and higher… therefore, my continuous hope is that you take from these writings the reminder that you live in this upward evolutionary spiral of life, that you see the interconnectedness and value of all levels of this spiral, and you understand the role you play through your thoughts, words and deeds to move your self and the collective in a positive direction towards our return to our realization of oneness.  Whew!

So here’s the connection I want to make today… as humanity evolved in its consciousness, so did its picture of what God or Spirit is.  Then, as our concept of God or Spirit evolved, so did our form of prayer… prayer being our way of communicating and experiencing the divine.  This is not necessarily a new concept, of course, but an interesting connection for me is that if we step back and see the complete unfoldment, it shows us the direction we are heading as we continue to evolve.

Let’s quickly look at the evolutionary path of humanity using Spiral Dynamics memes as the underpinnings.  (As always, more detail about Spiral Dynamics is available in other articles or links on the website.)  When early humanity crossed the threshold in consciousness  to the level of becoming self-aware, our ancestors lived off the land and sought basic survival (beige meme).  In time they began to see the value in living together in clans (purple meme).  At this level of consciousness, our ancestors were in tune with the passing of seasons and their interconnectedness to nature.  Their view of God was one of magical powers rising out of a nature world.  Their prayers came in the form of seasonal rituals, full of music, rhythm and dance.

As humanity evolved, individuals developed strong personal egos and sought power.  This gave rise to the survival of the fittest, kings with their servants, tribal leaders with their followers, the haves and the have-nots (red meme).  At this level of consciousness, our understanding of God grew out of “gods in nature” to the gods that were behind nature to a pantheon of gods ruled by one God (such as Zeus).  Our new view of God brought a new way to honor him… temples and monuments, gifts and offerings, sacrifices.

The sense of inequity at the tribal level led to a new level of consciousness where humanity sought order and structure and rules.  Here we sought meaning and purpose in living and attributed a divine plan that was beyond our comprehension to explain life (blue meme).  Our new view of God shifted from one powerful God who ruled other gods to simply being one God.  This God communicated to us through tablets with rules, sacred texts with laws, through others who claimed to be our intermediary.  We prayed to this God through prayers of petition, asking for favors and intervention in our lives.

The Enlightenment brought the rise of science and rational thought.  Humanity shifted its view of the world to sensing it as a machine that we could learn to control for our own benefit.  Competition, technology and material abundance (orange meme) brought with it a sense that the old man God in the sky was a myth we needed to release.  God is dead.  Prayer is an outdated superstition.

Material wealth did not satisfy us and we sought meaning in community and relationships.  We began to explore consciousness itself, turning inward to find meaning.  We believed that everyone was equal, and the earth was here for all of us to share (green meme).  We released dogma and sought to become spiritual but not religious.  God was resurrected but not as an external being.  God became a “unity”, a unified field of energy, and underlying intelligent force that pervaded everything.  How do you communicate with an intelligent field of energy?  You direct its flow as it moves through you.  You see the power in your thoughts and consciousness and consciously work to direct that power.  As your development had just come through the level of science and reason, you attempt to apply logic to your prayers to convince yourself and shift your belief.  Prayer is now an affirmative statement of truth placed into the infinite field of possibilities, collapsing the quantum uncertainties in the desired direction.

People new to New Thought teachings such as the Science of Mind generally resonate with applying logic and reason through a predefined five-step prayer process.  Ernest Holmes called it “argumentative” prayer, as we argue with our own minds to convince it of the truth.  The five steps take us from identification with the external world of matter to an inward world where we sense the interconnectedness of everything, the power embedded in it, and our ability to direct that power.  Through connecting with Spirit, stating our truth, sensing gratitude and releasing our awareness “into the flow”, we convince our logical minds of the truth and power of our prayer.  Our emotional certainty is seen as a critical factor in directing this flow.

By now you’ve probably stopped and considered where you are in this evolutionary process.  In 21st-century America, most of us fall in one of three general categories, in our belief of God and prayer.  Either (1) God is an external being to whom we pray; (2) God is a myth and prayer is superstition; or (3) God is an intelligent power that we can tap via our consciousness.

Robert Wright outlined in great detail how our view of God has changed in his recent bestseller, “The Evolution of God.”  There were several key points that he made that are worth listing here…. God doesn’t evolve, we do; our perception of God changes as our cultural needs change; and there is a continuous direction towards positive change over time.

In fact, Wright sees this positive trend as potential evidence of a divine power when he says: “If history naturally pushes people toward moral improvement, toward moral truth, and their God, as they conceive their God, grows accordingly, becoming morally richer, then maybe this growth is evidence of some higher purpose, and maybe — conceivably — the source of that purpose is worthy of the name divinity.”

So where then is this evolution taking us?  How is our perception of God continuing to evolve?  How is our method of communication with the divine growing?  Both mystics and Spiral Dynamics point in the same direction.

Joel Goldsmith, founder of “The Infinite Way”, gave a lecture in 1959 where he outlined this evolution of prayer we have been discussing.  He said, “Most in orthodox religion still use pagan forms of prayer, which came to them when their churches were first founded, and their own forms of prayer had not developed: they used the prayer of petition… these ancient paganistic forms of prayer were the only forms of prayer the church had to work with… there is nothing wrong with these forms of prayer, anymore than there is anything wrong with our form of treatment… it isn’t a question of right or wrong, it is a question of the degree of consciousness.  Because we are in a human state of consciousness at the moment, it is necessary that we start our prayer work with words and thoughts.  In the metaphysical world these are called treatments; in the mystical world they’re called realizations.  The attainment of harmony is never accomplished by words or thoughts… they are but the introductions, the aids, given to bring us into an atmosphere where words and thoughts are no longer necessary to lift us to an inner communion through which God’s grace reaches us.”

Ernest Holmes also spoke of this evolutionary process.  He advised us that “God comes to us as we come to him” meaning that how we see God and communicate with God depends upon our consciousness. “God is not a becoming God.  God is not an evolving God.  God is that which was, is, and will remain perfect, complete, happy and harmonious.”  Again, God is not evolving — humanity and its perception of God is evolving.

As stated, Holmes taught an argumentative style of prayer designed to shift our consciousness.  In other words, he gave us a method to meet us where we were in our awareness (desiring logic and reason and applied science).  He also taught another method called “realization”.  In this method, you did not need convincing, you went straight to the truth.  He defined realization as turning “to that Living Presence within… recognize It as the  One and Only Power in the Universe, unify with it.”  He added, “there is a point in the supreme moment of realization, where the individual merges with the Universe, but not to the loss of his individuality; where a sense of the Oneness of all Life so enters their being that there is no sense of otherness.”

Spiral Dynamics tells us that humanity is making a great leap in consciousness.  As we step into the second tier of awareness, we are able to see the entire spiral below us and value each level and stage as being necessary for our perfect unfoldment.  We see the interconnectedness of all of nature, we understand its natural systems and flows (yellow and turquoise memes).  We begin to see our individual self is part of a greater Self… the conscious, spiritual whole… where everything is part of one great living system… where we value all religions and all spiritual paths, seeing their necessity to bringing us to this point on our journey… where we live and wonder, awe, unity, harmony and love.

My wish is that as you have read through this, you have stepped outside our evolutionary path for a moment in your awareness and witnessed it from a higher level where you can see its beauty and perfection and view where you are along the road.  Hopefully, you have glimpsed both the path you have walked spiritually and the road that lies ahead.  Evolution’s arrow is returning us all back home.  Our consciousness is evolving back to unity with the divine.  Your next step calls you.  Surrender to your evolution.