Moving Beyond the Vaccine to Unity 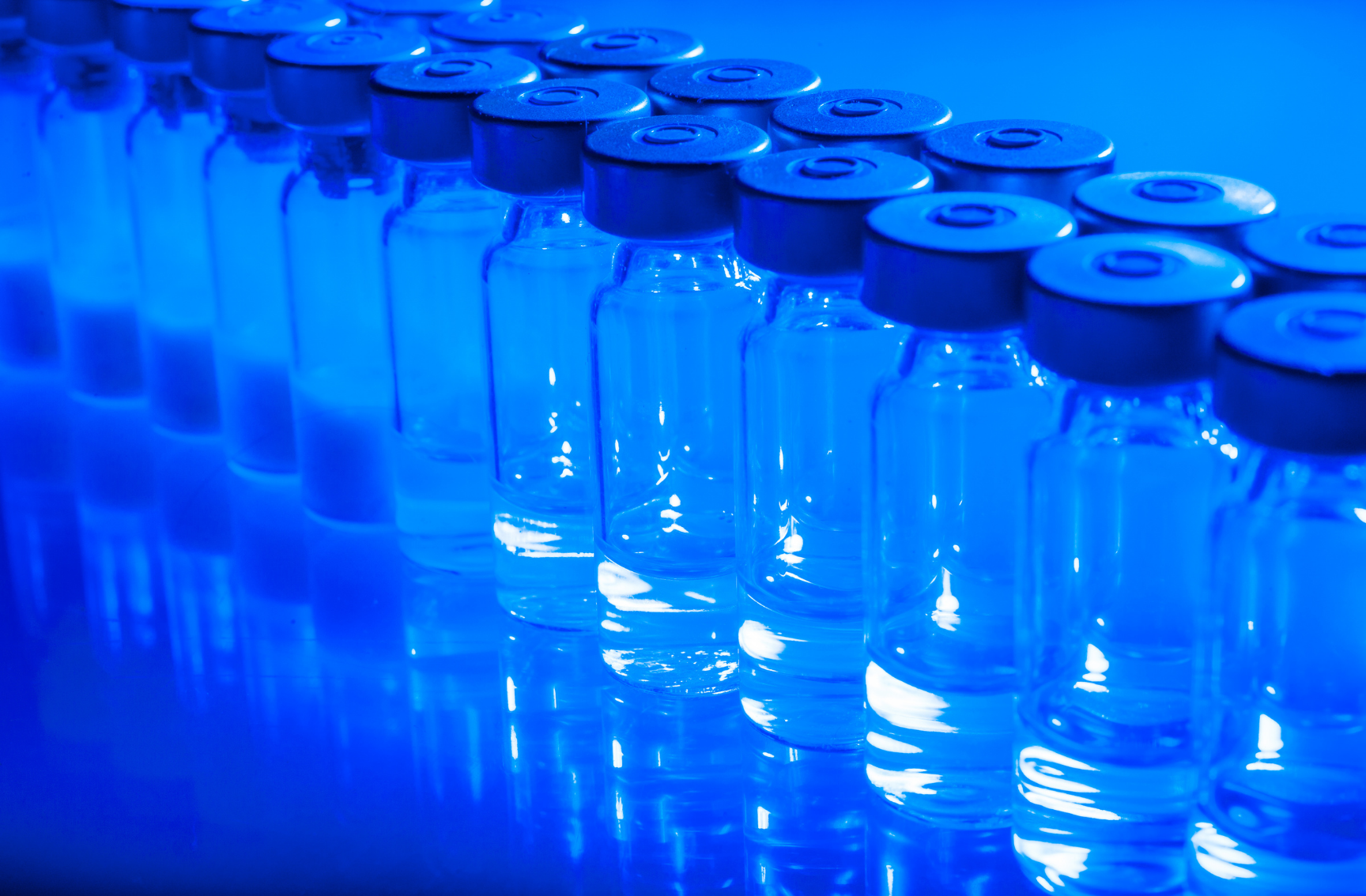 I have not been blogging much lately.  For the past year, I have been living in a state of personal transition. I retired from my role at Centers for Spiritual Living’s home office in September 2020.  My elderly father who lived with me passed away last November.  For many months, I have focused on other things beyond making videos and writing blogs.  My low “output” shows that.

However, my inner voice has been speaking to me….quietly at first but getting louder lately….and that voice has been advising me that it was time to reengage in the greater world….to use my voice and my wisdom for a greater good.  It’s time.

Here, in my first blog in a while, I am offering some thoughts on our culture’s reaction to the covid vaccine and a misguided turn many appear to be taking. Other topics will be addressed in upcoming blogs that are already coming forth in my awareness.

The Divided State of the World?

This past year and a half has definitely been interesting, what with covid and then the vaccine and all of the political posturing around this health crisis. You know, I have been reluctant to write about all of this, maybe I was a bit depressed about the “state of the world”, especially the inability of the human species to unite in a respectful way to tackle this and the many issues that face us.

We have become so entrenched in our camps that we cannot look beyond the approved “talking points” of “our side” to see a bigger and greater truth.  All to often we bend to the “wisdom of the crowd”…..well, maybe not “wisdom”, more the “herd mentality of the crowd” or the “loud voice of the crowd”.  Even if we disagree, we don’t speak out in fear of repercussions.  No want wants to be “canceled”.

Unfortunately, too often common sense becomes less and less common as the loudest voices of the crowd shout down any one who is inconveniently offering a different opinion.  This unfortunate behavior is not monopolized by any one side of the political or social spectrum.

The truth is….humans flourish in the messiness of our differences.  We need the variety of thoughts for our growth and evolution.  Sameness of thought leads to a stagnation in the continuing growth of our knowledge. Differences honestly explored and considered generally lead to a better and “higher” outcome.

This is not to say that people may not be misguided and making “wrong choices”.  The nature of such choices are really a human blessing.  It is in our making such inaccurate choices….both in our individual personal lives as well as in our collective decisions as humanity….that we learn lessons and grow.  Sometimes we have to make the same mistake over and over…..but eventually we learn from our mistakes or else we continue to suffer the consequences.

You can probably name some other issues that have arisen around covid-19 and the vaccines that are dividing us. And, importantly, I know you have an opinion on these covid issues. Like many of us,  I have friends whose positions on these issues are at polar opposites…..as well as have friends who are somewhere along the middle of the spectrum.

If we stop and see humanity as a single organism that has been infected by the covid-19 virus (and its variants), then the fact that its host (humanity) is turning upon itself in an unhealthy manner can be seen as evidence that the virus has truly succeeded.  The more we contribute in our thoughts, words and actions to divide humanity, the more the virus has “won”.

My urgent call to you is to put down your verbal knife that you use to whack at those people who believe differently from you.  For a moment, stop chopping at our collective hand or foot.

Last week, I read an interesting article by author Charles Eisenstein entitled “Mob Morality and the Unvaxxed”.  I encourage you to take a moment and click on the link you just passed by and read his words. (Warning…it’s a bit long.) And, if you already formed your opinion on his blog based on the title, I ask you to hold your opinion to the side for a moment and try to consider his points without you engaging your verbal knife.

To be clear, I don’t expect you to agree or disagree with Eisenstein.  To be honest, I don’t agree with all his points but I do share his concerns about his greater point which relates to the negative impact of “mob mentality”.

To that, Eisenstein writes, “My point is that those in the scientific and medical community who dissent from the demonization of the unvaxxed contend not only with opposing scientific views, but with ancient, powerful psycho-social forces. They can debate the science all they want, but they are up against something much bigger.”

And what is that “something bigger”?  In my way over simplification of his blog…..Eisenstein states his belief that we humans have an innate tendency in moments when we perceive “disorder,” “social chaos,” and the “breakdown of values” that something “must be done”.  All to often that something to be done is to find a “scapegoat”, a “common enemy” that we can rally around to attack so as to bring us together and restore order.

He writes, “All it takes is a few loud people to incite it by declaring someone or something a target. A portion of the crowd goes along enthusiastically. The rest keep silent and conform in outward behavior even as they are troubled within; to each, it looks like he or she is the only one who disagrees.”

Is this occurring?  Is the mainstream opinion on vaccinations (that is, that we should all be vaccinated) leading to a demonization of the unvaxxed? And, I would add on the flipside, is the substantial group of those against the vaccine taking a similar tact against proponents of the vaccine?

From my observation point on this, just like on so many issues of the day, people are retreating to their “camp”, seeking solace in the group who believes as they do….and then striking out with their verbal knives to “correct and cancel” those “on the other side”.  And, again, although I am using the vaccine as the illustrative point, this “correct and cancel” cultural “war” behavior extends to so many issues on which we don’t see eye to eye.

There is a greater truth here that we need to learn.  No matter what the issue that divides us, we need to look beyond that division and see what’s most important…and that is our interdependence with each other and the planet as a whole.  The fact is, at a higher and greater vantage point, all is One.  When we strike out and attack what we perceive as “the other”, we are truly striking at ourselves.

Our Core Belief and Consciousness Evolving?

I have written many times that when we drill down to the root cause of most issues and differences, we reveal that the truth is that the base problem is at the way we see the world.  We either believe we are all connected or we do not.  Our thoughts, words and actions either expose our belief that we are all separate and apart from everything else in a “dog eat dog” world of competition with winners and losers……or they expose the opposite core belief that everything is all a giant complex web of  unity and Oneness.  And, I believe, this difference is at play here.

At an evolution of consciousness level, I truly know that humanity as expressed as these individual pockets of consciousness (you and me) are evolving in their awareness back to a realization of our Oneness.  Yes, we are moving along our path with free will choice to choose separation, fear and competition and all the resultant suffering this ultimately brings upon us. We are going through some of that “suffering” now as it relates to how the virus and vaccine are dividing us.

But ultimately, we will arise from our suffering and make a better choice, a higher choice….one that sees our Unity and acts from that awareness.  And with that choice, humanity will have taken a step along its evolutionary path.  In a real way, the virus and vaccine and our sense of being divided on this is acting as a catalyst for our collective evolution.

What is Ours to Do?

So what can you do?  What can you do in your sphere of influence in your little corner of the world to shift us along our path to growth? What is the real call to you in this moment?

There are 2 key steps for you to consider.  The first is to cultivate awareness.  The second is to make a choice from that awareness.

No matter what the issue that divides you and another person….be it the vaccine….or global warming….or racial issues…..or income inequality….or whatever…..in that moment when you feel that your “shackles” are rising up and you feel called to defend your opinion or attack another for their belief…..stop and insert a small pause before you respond.  Take a momentary “time out”.  Count to 10 if need be.  Be aware of your emotions and the pull to automatic reaction…..and in the gap between stimulus and your response…..seek to make a more conscious “responsible response”.

What is that higher response?  Ultimately that better response comes with an awareness that you and the person in front of you are connected and one.  Respond from that sense of Unity.

When you and the other are seen for what is True, that you are One, then there is no desire to “cancel” the other….as you would only be “canceling yourself”.  In the words of Gandhi, “An eye for an eye will only make the whole world blind.”

It’s time to transcend the vaccine…..and any other issue that divides us….and move to Unity.  It’s time to be love, to be caring, to be one with your fellow travelers.

The relationship is more important than the issue.